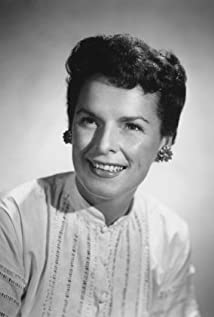 Mercedes McCambridge is a highly-talented radio performer who won a best supporting Actress Oscar for her film debut.Mercedes McCambridge was born in Joliet, Illinois, to Marie (Mahaffry) and John Patrick McCambridge, a farmer. She was of mostly Irish (with a small amount of English and German) ancestry. Despite a career full of supporting roles, she later became something of a cult figure. Her memorable voice-over for the demon child in The Exorcist (1973) has secured her place in movie history. Ironically, she took Warner Bros. to court over her being uncredited for the role, which was probably the most important in the film.Mercedes enjoyed a quiet retirement starting from the early 1980s. She was a special guest star at the 70th Annual Anniversary Academy Awards in 1998 along with many other Oscar winners. Mercedes also made special television appearances to discuss her role in The Exorcist (1973) at the 30th Anniversary of the film's release.She died in La Jolla in California on 2nd March 2004 from natural causes.

The Girls of Huntington House