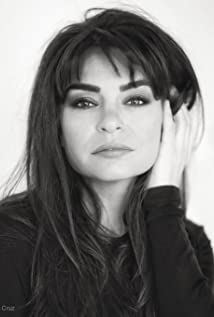 Mercedes De La Cruz (Gendron) is a Canadian actress, best known for her memorable and charismatic performances in more than two dozen television shows and independent films. As a model, De La Cruz has graced the cover of ALEPH Magazine, was Former Miss Hawaiian Tropic, Poster Girl Molson Canadian and notably secured a highly visible contract for The Brick before Cindy Crawford took the campaign over. After a successful modeling career, De La Cruz made the transition to a versatile supporting actor, lauded as a "great actress" by the likes of Academy Award nominee Sally Kirkland. For her role as Carla, a savvy pregnant prostitute, in "Ramshackle Blues," De La Cruz was nominated for Best Supporting Actress at the 2019 Vancouver Badass Film Festival. In 2021, De La Cruz was awarded Best Actress from the World Film Carnival Singapore, an international film festival, for her performance in the mystery/horror film ''Because You're Dead To Me"De La Cruz was born and raised in Edmonton, Canada where she began performing on stage at the age of three. She was a gifted dancer winning countless competitions and awards including Outstanding Performer from Lecky's School of Dancing in 1994. She loved to dance and performed in front of large crowds in productions such as "The Nutcracker" performed by the Alberta Ballet. From there she went on to Musical Theater and then Classical Theater where she fell in love with the art of acting. She began with small roles and music videos and in 2009 made a move to Vancouver, Canada to pursue acting full time. Shortly after her move to "Hollywood North" she landed numerous international commercials and now appears in various episodes of many hit TV shows and movies, including Hallmark's "Right In Front of Me" opposite Janel Parrish, Lifetime's "Lonestar Christmas" opposite Marco Grazzini, AMC's "Bates Motel" opposite Freddie Highmore, Bravo's "Girlfriends' Guide To Divorce" opposite Lisa Edelstein, History Channel's "Project Blue Book" opposite Aidan Gillen from "Game Of Thrones" and the WB's "Supernatural" opposite Jared Padalecki.De La Cruz recently wrapped filming the co-lead in the feature "Because You're Dead To Me" and roles in "The Machine" for Legendary Pictures and Netflix's series "Maid" for director/executive producer John Wells. In 2021, she was admitted into the Television Academy as a voting member for the Emmy Awards. She studied acting under the likes of Jeff Seymour, John Cassini, Neil Schell, Kate Twa, Dean Armstrong, Mathew Harrison, Zibby Allen, Jeb Beach, Bradley Stryker, Michelle Allen, Anthony Shim, Lindsay Gibson, Edward Foy, Daniel Bacon, Rhonda Fisecki, Shea Hampton and Adam Davenport.