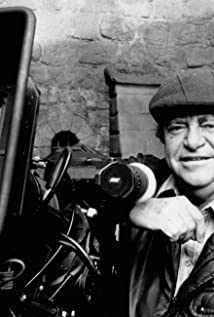 Menahem Golan was born Menahem Globus to parents of Polish decent in Tiberias, Israel, in May 1929. In his early years, he was a pilot for the fledgling Israeli Air Force, changing his surname to Golan for patriotic reasons in 1948. A few years later, he took the first step towards his future career by attending the Old Vic Theatre School in London. After returning to Israel, he produced for theater, until joining producer Roger Corman as an assistant on The Young Racers (1963). Golan's debut film in partnership with his younger cousin Yoram Globus was El Dorado (1963). The two cousins set up Noah Films to produce for the Israeli market. Golan's role was as producer and the creative partner, with Globus as the financial expert. The company was first recognized overseas when its production Sallah (1964) won an Oscar nomination for Best Foreign Language Film and then won the Golden Globe in the same category in 1965. However, the cousins were desperate to break into the international market. Some of their films had been picked up for distribution in America, such as Kazablan (1973) by MGM, but this was not enough.In 1979 the pair bought control of a failing production company, The Cannon Group Inc., from Dennis Friedland and Christopher C. Dewey, and it was this company that gave them international renown. Under their control, the Cannon Group grew from a small company making a few obscure pictures a year to a studio that produced 35 pictures in 1987 alone. They developed a large, independent, and international empire, with production, distribution, and exhibition interests across Europe. Golan and Globus hit their peak with Cannon in the mid-1980s, signing Sylvester Stallone for a record US$13 million in 1983 for Over the Top (1987) and purchasing the UK's Thorn-EMI Screen Entertainment in 1986. This last deal led to their ownership of the ABC cinema circuit and Elstree Studios in Britain. However, by 1987, the money was starting to run out. Many of their movies were not making enough at the box office despite the cousins' wide cinema ownership, and they had taken on a lot of debt during their rapid growth, making more expensive pictures in the process. They were initially rescued by Warner Bros., which took distribution rights to Cannon's better films--for example, Superman IV: The Quest for Peace (1987), based on a character that Warner already owned--and also took an interest in some of its assets. The end of Cannon came in 1989 when, virtually bankrupt, the company was bought by the now-disgraced financier Giancarlo Parretti and renamed Pathé Communications (after the new MGM-Pathé collapsed in 1992, Globus produced pictures with Christopher Pearce, which were released under a resurrected Cannon Pictures label. The last of these was American Cyborg: Steel Warrior (1993) before the company folded for good).Golan fell out with Parretti and Globus, leaving Pathé, and starting 21st Century Pictures. He produced a number of films that received widespread distribution, such as Death Wish: The Face of Death (1994) and Captain America (1990), but by the mid-1990s this company had folded, too. Golan's name was later linked with other new companies, such as International Dynamic Pictures and Magic Entertainment, and he rejoined cousin Yoram for both. However, the two soon fell out again and went their separate ways, with Golan writing and directing for other producers in the interim. Golan's latest company is New Cannon Inc., and his recent works include Crime and Punishment (2002) and Open Heart (2002). Unfortunately for his fans, it now seems unlikely that Golan will recreate the success of his heyday. Menahem Golan has long been criticized (sometimes unfairly) for an emphasis on quantity rather than quality. It's true that some of the movies he has produced have been laughable or unwatchable. However, now out of the limelight of a critical industry, some of his company's once-derided films have achieved cult status, such as Mona Lisa (1986), Godfrey Reggio's Powaqqatsi (1988), and the "Lemon Popsicle" series. Golan's ongoing drive, energy, and past contribution to the world of cinema will undoubtedly and belatedly be recognized for the achievement this represents.