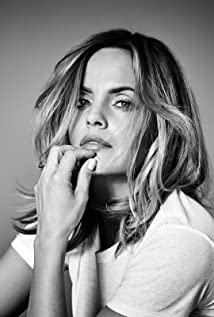 Mena Alexandra Süvari was born in Newport, Rhode Island, to Candice (Thompson), a nurse, and Ando Süvari, a psychiatrist. Her father was Estonian and her mother is of Greek, Norwegian, and German descent. Mena was raised in a Rhode Island home that was built in 1870 and had early aspirations of becoming an archaeologist before moving to Charleston, SC where she then attended a nationwide modeling competition that landed her a contract with Wilhelmina Models. She later moved out to Los Angeles under their children's theatrical division WeeWillys, which began her acting career.Her film debut was made working with director Gregg Araki in the cult-classic Nowhere (1997) which was soon followed up by the blockbuster American Pie (1999), for which she did her own singing, and the five-time Oscar-awarded American Beauty (1999) directed by Sam Mendes, in which she was nominated for a BAFTA Award as Best Supporting Actress. People Weekly magazine titled an article about her, "All-American Girl" (1999), and she was declared as the most "patriotic" artist of 2000 by Entertainment Weekly magazine. In 2001, as part of the blockbuster franchise, she added American Pie 2 (2001) to that list, and then more than a decade later with American Reunion (2012). She reunited with Jason Biggs in Amy Heckerling's romantic comedy Loser (2000) and then continued to showcase her range in ability to costar with John Leguizamo in Jonas Åkerlund's cult-classic Spun (2002) and then alongside Jennifer Aniston in Rob Reiner's Rumor Has It (2005) and Tony Scott's Domino (2005).Mena was named #69 on the Maxim magazine "Hot 100 of 2005" list, was ranked #73 on the Maxim magazine "Hot 100 of 2007" list, and #52 on the Maxim magazine "Hot 100 of 2008" list.Mena rounded out her creative pursuits by playing the iconic Black Dahlia in Ryan Murphy's television series American Horror Story (2011) and continued working in the medium by following up with an arc in the hit series Chicago Fire (2013), as well as leading the Amazon pilot Hysteria (2014) and WeTv's mini-series South of Hell (2015), executive produced by both Eli Roth and Jason Blum for Blumhouse Productions. Mena is set to star opposite Alicia Silverstone for John Wells and TV Land's American Woman.

The Murder of Nicole Brown Simpson