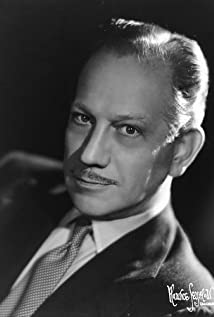 Two-time Oscar-winner Melvyn Douglas was one of America's finest actors. In addition to his two Oscars, he also won a Tony Award and an Emmy. Douglas would enjoy cinema immortality if for no other reason than his being the man who made Greta Garbo laugh in Ernst Lubitsch's classic comedy Ninotchka (1939), but he was much, much more.Melvyn Douglas was born Melvyn Edouard Hesselberg on April 5, 1901, in Macon, Georgia. His father, Edouard Gregory Hesselberg, a noted concert pianist and composer, was a Latvian Jewish emigrant, from Riga. His mother, Lena Priscilla (Shackelford), from Clark Furnace, Tennessee, was from a family with deep roots in the United States, and the daughter of Col. George Taliaferro Shackelford. Melvyn's father supported his family by teaching music at university-based conservatories. Melvyn dropped out of high school to pursue his dream of becoming an actor.He made his Broadway debut in the drama "A Free Soul " at the Playhouse Theatre on January 12, 1928, playing the role of a raffish gangster (a part that would later make Clark Gable's career when the play was adapted to the screen as A Free Soul (1931) ). "A Free Soul" was a modest success, running for 100 performances. His next three plays were flops: "Back Here" and "Now-a-Days" each lasted one week, while "Recapture" lasted all of three before closing. He was much luckier with his next play, "Tonight or Never," which opened on November 18, 1930, at legendary producer David Belasco's theater. Not only did the play run for 232 performances, but Douglas met the woman who would be his wife of nearly 50 years: his co-star, Helen Gahagan. They were married in 1931.The movies came a-calling in 1932 and Douglas had the unique pleasure of assaying completely different characters in widely divergent films. He first appeared opposite his future Ninotchka (1939) co-star Greta Garbo in the screen adaptation of Luigi Pirandello's As You Desire Me (1932), proving himself a sophisticated leading man as, aside from his first-rate performance, he was able to shine in the light thrown off by Garbo, the cinema's greatest star. In typical Hollywood fashion, however, this terrific performance in a top-rank film from a major studio was balanced by his appearance in a low-budget horror film for the independent Mayfair studio, The Vampire Bat (1933). However, the leading man won out, and that's how he first came to fame in the 1930s in such films as She Married Her Boss (1935) and Garbo's final film, Two-Faced Woman (1941). Douglas had shown he could play both straight drama and light comedy.Douglas was a great liberal and was a pillar of the anti-Nazi Popular Front in the Hollywood of the 1930s. A big supporter of President Franklin D. Roosevelt, he and his wife Helen were invited to spend a night at the White House in November 1939. Douglas' leftism would come back to haunt him after the death of FDR.Well-connected with the Roosevelt White House, Douglas served as a director of the Arts Council in the Office of Civilian Defense before joining the Army during World War II. He was very active in politics and was one of the leading lights of the anti-Communist left in the late 1930s and early 1940s. Helen Gahagan Douglas, who also was politically active, was elected to Congress from the 14th District in Los Angeles in 1944, the first of three terms.Returning to films after the war, Douglas' screen persona evolved and he took on more mature roles, in such films as The Sea of Grass (1947) (Elia Kazan's directorial debut) and Mr. Blandings Builds His Dream House (1948). His political past caught up with him, however, in the late 1940s, and he - along with fellow liberals Edward G. Robinson and Henry Fonda (a registered Republican!) - were "gray-listed" (not explicitly blacklisted, they just weren't offered any work).Then there was the theater. Douglas made many appearances on Broadway in the 1940s and 1950s, including in a notable 1959 flop, making his musical debut playing Captain Boyle in Marc Blitzstein's "Juno." The musical, based on Sean O'Casey's play "Juno and the Paycock", closed in less than three weeks. Douglas was much luckier in his next trip to the post: he won a Tony for his Broadway lead role in the 1960 play "The Best Man" by Gore Vidal.Douglas' evolution into a premier character actor was completed by the early 1960s. His years of movie exile seemed to deepen him, making him richer, and he returned to the big screen a more authoritative actor. For his second role after coming off of the graylist, he won a Best Supporting Actor Oscar as Paul Newman's father in Hud (1963). Other films in which he shined were Paddy Chayefsky's The Americanization of Emily (1964), CBS Playhouse (1967) (a 1967 episode directed by George Schaefer called "Do Not Go Gentle Into That Good Night", for which he won a Best Actor Emmy) and The Candidate (1972), in which he played Robert Redford's father. It was for his performance playing Gene Hackman's father that Dougl

Myrna Loy: So Nice to Come Home to

Tell Me a Riddle

The Seduction of Joe Tynan

One is a Lonely Number