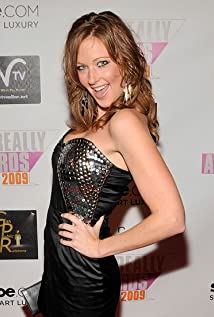 Born and raised in Aiken, South Carolina. Melissa LeEllen spent her early years creating short skits and dances for family and friends and performing at her local church organization. Melissa was raised by her grandparents and vividly remembers watching soap operas with her grandmother and falling in love with each character. Ever since her earliest days, she was fascinated by acting.High School is where Melissa's talent truly began to blossom. Her abilities landed her the leading roles in high school productions and work in local theater playhouses. Her experience at this level helped to manifest the person she is today; a strong, confident actress who can connect with audiences.Studying at various acting schools in Atlanta and Los Angeles, Melissa has been in feature films and television such as "Have or Have Nots", a Tyler Perry Production; "The Blind Side", produced by Warner Bros.; "The Last Song" produced by OffSpring Entertainment; and "Hall Pass," alongside Owen Wilson, produced by Conundrum Entertainment. Her acting resume also includes a wide range of television shows, commercials and independent films and short-form content. Her characters contain her own personal nuances, while never losing their unique strengths.Melissa is even getting into the production side of the business, with her company, Creative Global Entertainment. She has produced commercials and shorts, along with her own reality show, "LoL-Life of LeEllen". Her last endeavor is a feature film, "Deadly Crimson". She has turned it into a comic book for distribution before starting the per-production phase of the movie.Melissa has a long standing dedication to charities and has worked closely with Breast Cancer Research, Support Haiti, Feed the Needy, and the Children's Network.