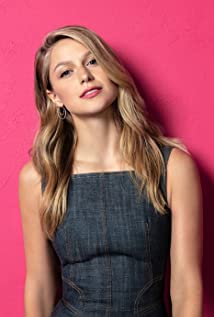 Melissa Marie Benoist is an American actress, singer and dancer. She was born in Littleton, Colorado , the daughter of Julie and Jim Benoist, a physician. Her paternal great-grandfather was of French descent. The rest of her ancestry is German, English, and Scottish. She started dance classes at the age of three and when she was four years old her aunt put her in a church play she was directing.As a teen, Benoist performed anonymously at Disneyland for three summers with the Academy of Theatre Arts, a musical theatre school located in Littleton, Colorado run by Paul Dwyer and Alann Worley. She performed locally in productions including Cinderella and Bye Bye Birdie at Town Hall Arts Center, and Evita at the Country Dinner Playhouse. In 2006, The Denver Post named Benoist one of Colorado's five "Can't Miss Kids". She graduated from Arapahoe High School in Centennial, Colorado, in 2007,and from Marymount Manhattan College in New York City in 2011 with a Bachelor of arts in theatre arts.Benoist is known for her portrayal of the title character in the CBS/CW superhero drama series Supergirl (2015).She rose to prominence for her portrayal of Marley Rose on the fourth and fifth seasons of the Fox musical comedy-drama television series Glee (2009), and has appeared in films such as Whiplash (2014) ,Danny Collins (2015), The Longest Ride (2015), Lowriders (2016) , Patriots Day (2016) and Sun Dogs (2017).