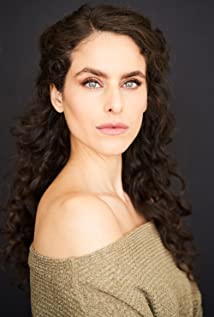 Melinda's resolute passion for acting (film and television, voice over, and motion-capture) has been her driving force to live a life that inspires, heals, challenges our thoughts and positively impacts others. Her journey has brought her to live in the hubs of Toronto, Vancouver, and Los Angeles. She began performing on stage since the age of three in dance and music recitals. Melinda fell in love with theatre after having asked for a ticket to see "The Phantom of the Opera" in Toronto to celebrate her fourth birthday, and was left in such awe that she has had an unwavering calling to perform ever since. At that moment, Melinda knew that acting was what she was meant to do to uplift and connect to others through this artistic platform. She became a member of Original Kids Theatre Company and landed her first role with them as Alice in "Alice in Wonderland." Melinda subsequently acted in every show put on by her elementary school, high schools, and university, which consists of her lead roles as Olivia in "Twelfth Night", and Ortensia in "The Mistress of the Inn", and ensemble in the musicals "Chicago", "Once On This Island", and "The Wiz". She worked with the Young Americans during their world tour, received her Grade 8 level examination in piano from Conservatory Canada, and twice attended The Shakespeare School's summer programmes in Stratford, Ontario. She competed internationally with the Amabile Choirs of Canada, recording various CD's and, with them, embarked on some of her most pivotal life experiences, including singing for Queen Elizabeth II, and wining Gold at the Choir Olympics in Bremen, Germany.Melinda has trained extensively in her craft with renowned coaches at premiere acting schools in Toronto, Los Angeles, and in New York at the New York Conservatory for Dramatic Arts. Melinda is an avid seeker for life-long learning. Her undergraduate degree was in English, History and Psychology at the University of Toronto. She has also lived abroad in Italy several times to learn Italian, as well as study Fashion and Footwear Design in Florence. Outside of her acting career, Melinda studies Spirituality and Energy Healing (Certified Reiki Practitioner), is a mental health advocate with a focus on holistic nutrition, body movement and yoga, and continually travels the world to learn about the languages, history and cultures of people around the globe. Melinda enjoys challenging herself through dedicated physical training in Martial Arts, and is proud to have done her own stunt work on set. President of a non profit organization that offers sound healing meditation to the community, Melinda facilitates these events to promote peace of mind and conscious awareness. A representative of many ethnicities from around the world, Melinda is notably versatile.

Fit for a Prince

Baby, It's Cold Inside