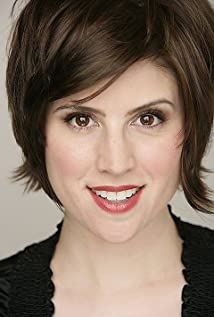 Melanie Paxson was born in Champaign, Illinois, and received her B.A. degree in theater from the University of Missouri. Relocating to Chicago, she received more training at the famed Second City and performed with another renowned theater troupe, Steppenwolf Theatre. Moving into the television arena, Paxson worked on two TV series filmed entirely in Chicago: Early Edition (1996) (her first professional film/TV role), then in the recurring role of "Jaclyn" on the Jeremy Piven series, Cupid (1998). "Cupid's" arrow led Melanie straight to Los Angeles, where her love affair with the industry continued and audiences came to know her from a string of guest-starring roles, on such series as The Drew Carey Show (1995), Rules of Engagement (2007), CSI: Crime Scene Investigation (2000), Joey (2004), Medium (2005) and the new Tim Allen sitcom, Last Man Standing (2011).Although Paxson's national profile grew with her work in the Gladware & other commercial campaigns, she also became a regular cast member on shows like NBC's sitcom, Happy Family (2003) (as "Sara Brennan", the daughter of John Larroquette and Christine Baranski), as well as the harried new mom, "Julie", in ABC's series, Notes from the Underbelly (2007).In December 2013, Melanie, in her role of "Dolly", can be seen in the Disney feature, Saving Mr. Banks (2013). Other credits include the telefilm, Behind the Camera: The Unauthorized Story of 'Three's Company' (2003) (playing actress Joyce DeWitt in the unauthorized story of the 1970s sitcom, Three's Company (1976)) and roles in the feature films, Ready to Rumble (2000) and Slackers (2002).