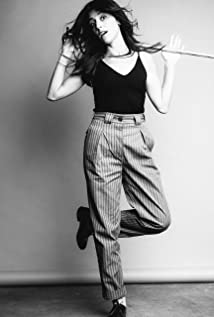 Melanie Minichino, New York-born, started pursuing an interest in acting and comedy at the age of eight. She started by basing her comedy around her father and all his friends. As time went on, Melanie worked on shows throughout the New York area including The Sopranos (1999) and Law & Order (1990). Melanie also served as a host for the "Speed Channel". Besides her work on television series, Melanie worked in various commercials and performed in plays and improv. She later began doing voice-over work for promos, commercials, cartoons and video games. Melanie later moved to Los Angeles in 2009 after landing a job to be the voice of Disney Junior.

I Was a Teenage Wereskunk