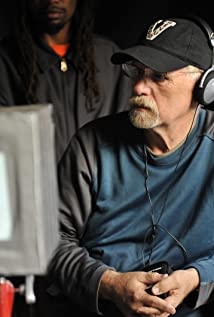 Mel Damski has directed dozens movies and hundreds of hours of series television, from M*A*S*H (1972) to Boston Legal (2004) to Psych (2006) and _Scorpion_. For the past several years he served as the producer/director of Psych (2006) for USA network.He has been nominated for an Oscar, two Emmy Awards and earned a Christopher Award for Everybody's Baby: The Rescue of Jessica McClure (1989).A graduate of the American Film Institute Center for Advanced Film Studies, Mel has taught at AFI, USC and the Tisch School at NYU. He is the founder of Cascadia Film Workshops, which launched in June, 2014 on the campus of Western Washington University.A former Newsday reporter, Mel writes a column, If I Ran The Zoo, which was recently awarded first place by the Washington Newspaper Publisher's Association. His columns can be found at IfMelRanTheZoo.com.Mel is a member of the Motion Picture Academy of Arts and Sciences and the Director's Guilds of America and Canada.

Journey Back to Christmas

Love on a Limb