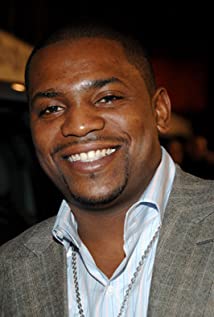 Mekhi Phifer was born in Harlem, Manhattan, and was raised by his mother, Rhoda, a high school teacher. Phifer's acting career began when he auditioned at an open casting call for director Spike Lee's Clockers (1995) and was selected for the leading role. Working alongside Harvey Keitel and Delroy Lindo, he garnered critical acclaim for his compelling performance as Strike, a young New Jersey drug dealer involved in a murder cover-up. Following his impressive screen debut, he appeared in the comedy spoof High School High (1996). In the Columbia/Tristar thriller I Still Know What You Did Last Summer (1998), he co-starred with Jennifer Love Hewitt and Freddie Prinze Jr. He also starred in Soul Food (1997), 20th Century Fox's film that starred Vanessa Williams, Vivica A. Fox and Nia Long. In 2002, Phifer starred as Future, opposite Eminem, Brittany Murphy and Kim Basinger in Curtis Hanson's critically acclaimed film, 8 Mile (2002), as well as in the Miramax feature Paid in Full (2002), directed by Charles Stone III. In June, he was honored by the American Black Film Festival, receiving the organization's "Rising Star" Award. Phifer also recently appeared in the feature film O (2001), where he starred opposite Julia Stiles and Josh Hartnett. Based on William Shakespeare's Othello, he portrayed Odin, the captain of a champion high school basketball team whose best friend becomes jealous of his relationship with his girlfriend. In addition to his escalating film career, Mr. Phifer added to his growing list of television credits a starring role on the Emmy Award winning series, ER (1994) as Dr. Gregory Pratt, for which he recently received a NAACP Image Award Nomination. Mekhi Phifer's other television credits include leading roles in MTV's highly rated film Carmen: A Hip Hopera (2001), in which he did all his own rap work and starred opposite Beyoncé. He appeared in the Emmy award winning HBO Original Movie, A Lesson Before Dying (1999) with Don Cheadle and Cicely Tyson, where his subtle performance as a man on death row won rave reviews and also earned him an NAACP Image Award Nomination. He tackled the challenging role of NFL Hall of Famer Gale Sayers in the ABC television special Brian's Song (2001) and appeared in the celebrated HBO Original Film The Tuskegee Airmen (1995). Phifer has also made guest appearances on the popular police dramas Homicide: Life on the Street (1993) and New York Undercover (1994). Phifer recently completed work on Universal's Honey (2003), starring alongside Jessica Alba. He can also be seen in the Universal remake of the 1978 horror classic Dawn of the Dead (2004), starring Ving Rhames and Sarah Polley, and Slow Burn (2005) opposite Ray Liotta.

A Day Late and a Dollar Short