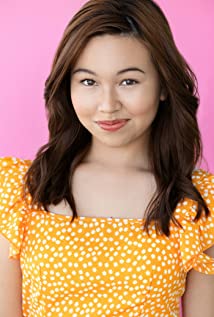 Meilee Condron is an American actress of mixed Caucasian and Asian descent who is fluent in English and Mandarin. She performs professionally in both languages. Born in Connecticut, Meilee moved to Los Angeles at age five. She began studying acting formally at age six, and, following her first theatrical play, knew she wanted to be an actor. At age seven, Meilee landed a role in the first of several Sesame Street (1969) segments. She instantly fell in love with on-camera acting, and began pursuing her career in the entertainment industry.Meilee has appeared in numerous films, including: Fly Right (2018), the 2019 Olympus Film Festival award winner and AT&T Create-A-Thon first place winner; Clouds (2017) which was featured at the 2018 Dances With Films festival; and No Returns (2018), which won the Platinum Remi award at the 2018 Houston WorldFest. Meilee starred in the short film, Hasu (2017), which premiered at the Burbank International Film Festival, and was featured again at the 2018 Los Angeles Asian Pacific Film Festival. She recently played opposite Nana Visitor in Lifetime's Killer in Law (2018).Additionally, Meilee has done extensive voice acting and ADR work for many TV and Film productions such as Room 104 (2017), Dumbo (2019), Wonder Park (2019), Instant Family (2018), Dr. Seuss' the Grinch (2018), A Wrinkle in Time (2018) and Duck Duck Goose (2018), an animated feature for which she lent her voice in both English and Mandarin.Meilee is a proud member of the Screen Actors Guild - American Federation of TV and Radio Artists (SAG-AFTRA). She currently (2019) lives in Los Angeles with her parents and younger sister Kaylee Condron. Meilee studies acting, singing, dancing, and golf, and always brings her enthusiasm and love of learning to everything she does.