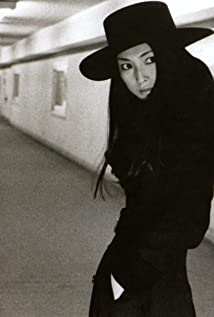 Meiko Kaji was born on March 24, 1947 in the Kanda area of Tokyo, Japan. Following graduation from the Yakumo Academy High School in Meguro, Tokyo, Japan in 1965, Kaji first began acting in films in the mid-1960's under her real name of Masako Ôta. She was given the stage name Meiko Kaji by director Masahiro Makino. Meiko achieved her greatest enduring cult cinema popularity with her fierce portrayals of various tough outlaw characters which include young rebellious delinquents in the Stray Cat Rock series, the lethal Sasori from the Female Prisoner Scorpion pictures, and, most famously, the ruthless and driven titular assassin in the Lady Snowblood films. Kaji won a plethora of awards for her stand-out performance in Double Suicide of Sonezaki (1978). In the 1980's Meiko started acting more on television. Moreover, Kaji has also eked out a career as a singer: She not only sang the haunting theme song "Flower of Carnage (Shura No Hana)" for Lady Snowblood (1973) and the theme song "Urami-Bushi" for Female Prisoner #701: Scorpion (1972), but also has recorded and released several albums and singles. ("Flower of Carnage (Shura No Hana)" and "Urami-Bushi" were both featured on the soundtracks to Kill Bill: Vol. 1 (2003) and Kill Bill: Vol. 2 (2004), respectively.) In addition, Meiko has turned down offers to act in Hollywood movies because she believes she can't give a good performance in a language other than Japanese.

The Voice of Sin

What Did you Eat Yesterday?

Samurai Justice: Assistance in a Duel

Yakuza no hakaba: Kuchinashi no hana

Head of the Boss