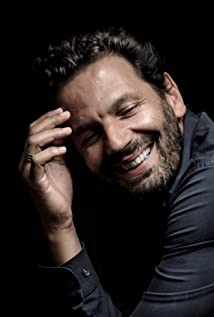 Mehdi Nebbou was born in Bayonne, France, to a German nurse and an Algerian self made man.While Nebbou was studying filmmaking at the Berlin Film School in the early 2000s, the young director Filippos Tsitos asked him for help in finding non-professional actors for his first film My Sweet Home (2001). Tsitos ended up offering Nebbou one of the main roles in it. The film was selected in the Official selection at the Berlin Film Festival in 2001, as only film representing Germany. And so began Nebbou's career as an actor.In 2004, the director Samir Nasr offered him his leading role in the film Seeds of Doubt (2004), which won the Golden Gate Award for best film at the San Francisco Film Festival.2005 was a turning point in Nebbou's career thanks to the film Sleeper (2005) by German film director Benjamin Heisenberg. The film received excellent reviews and was selected for the 2005 Cannes Film Festival.In 2006 he then played Ali Hassan Salameh in the Steven Spielberg blockbuster film Munich (2005).In 2007 for his performance in Teresas Zimmer (2006), directed by German film director Constanze Knoche, he won the award for best actor First Steps Awards.In 2007 he worked in Cash (2008) with Jean Dujardin, Jean Reno and Valeria Golino.In 2008 Nebbou worked in the Ridley Scott film Body of Lies (2008) with Leonardo DiCaprio. There he played Nizar, an Iraqi linguistics doctorate turned Al-Qaeda operative who approaches CIA to defect after being enlisted by his jihadist superiors for suicide bombing.In addition, he played in several French TV series and films, among them as a disabled ex-middleweight boxing world champion in Sweet France (2009) for which he won the award for best actor at 2009 at the Rochelle TV Festival.He also played Mustafa Larbi, a sadistic and unpredictable drug dealer in Season 2 of Spiral (2005), the successful Canal+ TV series.In 2010 he played Bruno in the Salvatore Allocca Italian romantic comedy Come trovare nel modo giusto l'uomo sbagliato (2011) and in 2011 Amin in the French action film Special Forces (2011) with Diane Krüger.In 2012, he acted as male lead in an Indian blockbuster film English Vinglish (2012) with the legendary actress Sridevi, directed by Gauri Shinde.In 2014 and 2015, he shines in a German mini-series Mann/Frau (2016) as a delirious character in the reminiscent of the actor's performances of Sacha Baron Cohen and reveals Nebbou's talents as a quirky and unpredictable comedian.In 2016, he is the co-lead in the social drama The Fixer (2016) directed by Romanian director Adrian Sitaru. The film has been pre-selected for the Oscars 2017 for best foreign film, representing Romania.In 2018, he co-stars in the 50's thriller with co-stars Veerle Baetens and Anne Coesens in Mothers' Instinct (2018) directed by Olivier Masset-Depasse. The film has been selected at the Toronto Film Festival in 2018.Being multilingual, Nebbou co-stars between 2015 and 2021 in several international series, on different channels and platforms, such as in US Homeland (2011) season 5, French The Bureau (2015) Season 1 & 2, Norwegian Okkupert (2015) Season 2, German Deutschland 86 (2018), Italian Baby (2018) in all 3 seasons, in the dark German comedy series The Last Word (2020) where he confirms his talent for comedy.In 2021 he stars in the upcoming French cop-comedy series as lead HPI Haut Potentiel Intellectuel (2021) with co-star Audrey Fleurot.In 2021, he co-stars in House of Gucci (2021) directed by Ridley Scott.