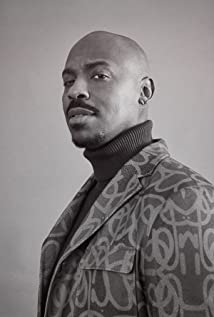 From bringing dynamic characters to life on screen to producing and writing films, award winning actor Mehcad Brooks has become known in the entertainment industry for his raw and refined talent, charisma, and moving presence. This year, Mehcad can be seen starring as Jackson 'Jax' Briggs, a cybernetically-enhanced super soldier and leader of Earthrealm in Warner Bros' highly anticipated action adventure feature film "Mortal Kombat." Directed by Simon McQuaid and produced by James Wan ("Aquaman"), the film is based on the iconic video game series that centers on an extensive roster of character fighters from a variety of realms in a fictional universe battling for supremacy; the series has sold over 49 million copies, spanning over a dozen canon games and expansions, making it one of the most profitable video game franchises of all time. "Mortal Kombat" was released simultaneously in theaters worldwide, and on HBO Max on April 16, 2021.In film, Mehcad starred in Netflix's most watched thriller of 2020, Tyler Perry's "A Fall From Grace," which in its first four months following its debut remained one of the Top 10 Most Watched titles. He also recently starred in "Nobody's Fool" (Paramount Pictures) opposite Tika Sumpter, Tiffany Haddish and Whoopi Goldberg. Additional film credits include "In the Valley of Elah" opposite Tommy Lee Jones and Charlize Theron, Disney's "Glory Road" produced by Jerry Bruckheimer, "Just Wright" opposite Queen Latifah, Common, and Paula Patton for Fox Searchlight Pictures and "About Last Night" opposite Kevin Hart, Michael Ealy, and Regina Hall for Screen Gems.On the television front, Mehcad most recently starred in the DC Comic superhero action-adventure series "Supergirl" (The CW) opposite Melissa Benoist. The series debuted in 2015 to critical acclaim, being called "a damn good time" by The New York Observer, "bright, fun, exciting" by Forbes and "just great television" by The Los Angeles Times. For five seasons, Mehcad was a fan favorite as friend, mentor, and object of affection to Supergirl (Benoist), James "The Guardian" Olsen.Mehcad landed his first big break in television in 2005, securing the role of Matthew Applewhite (Alfre Woodward's son) on the award-winning series "Desperate Housewives" for ABC. During his time on the show he won a SAG Award for Outstanding Performance by an Ensemble in a Comedy Series, and also secured a NAACP Image Award nomination for Outstanding Supporting Actor in a Comedy Series. Mehcad went on to co-star on the critically acclaimed Alan Ball HBO series "True Blood" as Benedict 'Eggs' Talley opposite Anna Paquin and Stephen Moyer from 2008-2010. When his time on "True Blood" came to an end, he quickly booked a lead role on USA's drama series "Necessary Roughness," which was based on the true story of a female psychologist who worked for the New York Jets. Mehcad was a scene stealer as football player Terrence 'TK' King, a star wide receiver who becomes notorious for his frequent fumbles and regular run-ins with the law. The series ran for three seasons, from 2011-13. In between "True Blood" and "Necessary Roughness," Mehcad landed a celebrity endorsement deal with Calvin Klein, in one of the most notorious global campaigns to date, making international headlines as one of the four faces of their CK X underwear line two years in a row.Born and raised in Austin, Texas Mehcad grew up excelling at academics while being immersed in sports, becoming an all-state basketball player. While he loved spending time on the court and in the classroom (being recognized nationally in academics), he had a deep-rooted passion for the arts, whether it was acting, playing music, producing, or writing. Upon graduating high school, he decided to forgo 26 basketball scholarships and a full academic scholarship to Yale. He decided to attend the prestigious University of Southern California to study at their School of Cinematic Arts, to further hone his craft. Early credits for Mehcad include: "Malcolm in the Middle," "Boston Public," "One on One," "Cold Case," "The Game," "Dollhouse," and "Ghost Whisperer."While bringing characters to life remains one of Mehcad's biggest passions, his love for telling stories through music is equally important. Mehcad recently released his debut, full length album "May 20th" which was inspired by multiple near-death experiences, all taking place on May 20th and forever changing his life. "May 20th" is available on all digital platforms.