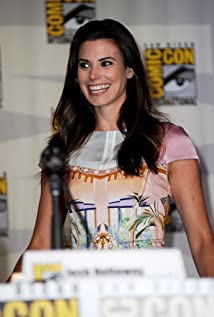 Meghan Ory is a Canadian actress, born in Victoria, British Columbia. She started acting in theater before her teens, but was prohibited by her mother-a drama teacher-from auditioning for film and TV roles until she could pay for her own head shots. She made her film debut in The Darklings, a 1999 cable movie starring Suzanne Somers and Timothy Bus-field. She has written a series of teen books called Chronicles of the Girl Wars, inspired by her experiences in high school, that she has described as "Mean Girls meets Ugly Betty." She and her husband were accepted to study Shakespeare at the Royal Academy of Dramatic Art in London in the summer of 2012.

Debbie Macomber's Dashing Through the Snow

Once Upon a Time: The Price of Magic