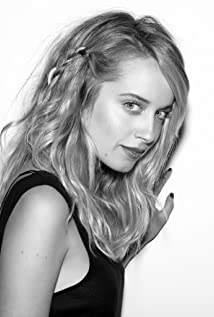 Megan Marie Park is a Canadian actress and singer. She is known for her work in the ABC Family television series The Secret Life of the American Teenager (2008), and romantic comedy film What If (2013) and Charlie Bartlett (2007). Her first major roles came with a guest spot on the Lifetime series Angela's Eyes (2006). She has also played Bev in A Cinderella Story: Once Upon a Song (2011). Megan Park was born in Lindsay, Ontario, Canada as Megan Marie Park. She got chance to grow up with her entire family. Her parents were intellectuals and always insisted her to follow dreams and carry academic career side by side. Megan is no exception. She's fit, blonde, ultra-cool, and uber-talented. She graduated from Oakridge Secondary School in London, Ontario. Megan began her acting career with small parts starting at age 6. The experience only fortified her love of acting, and she thus deepened and expanded her professional resumé in the years. She has won honors for speaking at least seven languages. Actress Megan Park first appeared in the 2003 movie This Time Around and since then, she has worked her way into playing more substantial roles. Megan created a band with singer Codi Caraco called Frank and Derol, in which she formerly sang and played bass guitar. The girl band also includes pop star Miley Cyrus's older half-sister, Brandi Cyrus. As of 2010, Megan has left the band to focus on her acting career in the TV series The Secret Life of the American Teenager (2008), The show ran from 2008 to 2013 and the actress received a lot of praise for her work in it. Megan also appeared, together with Tyler Hilton, in a music video called Gloriana: Kissed You Good Night (2012). Megan was also a part of the Original Kids Theatre program. With wide green eyes, blonde hair and charming look, Megan has chosen as the Rising Star Award by the Toronto International Film Festival in 2013. She loves to spend her spare time with her close friends.

Did I Kill My Mother?