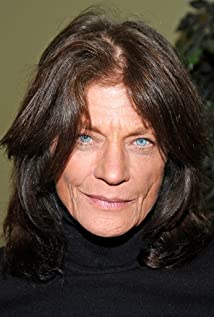 Blue-eyed brunette Meg Foster was born in Reading, Pennsylvania on May 10, 1948 to David and Nancy. She has four siblings and grew up in Rowayton, Connecticut. Foster studied acting at New York's Neighborhood Playhouse.Foster's first role came about in 1969, when she appeared in an episode of NET Playhouse (1964). Throughout the '70s, she guest starred in numerous TV shows including Barnaby Jones (1973), The Six Million Dollar Man (1974), and Hawaii Five-O (1968), and played Hester Prynne, a young woman who has an affair with a pastor, in the miniseries The Scarlet Letter (1979). Foster did not really come to attention until 1982, though, when she replaced Loretta Swit as Christine Cagney in Cagney & Lacey (1981); she herself was later replaced by Sharon Gless (CBS reportedly wanted a more "feminine" actress playing the role of the detective).Foster began to appear in more movies throughout the late '80s, primarily Masters of the Universe (1987), in which she played the nefarious Evil-Lyn. Other notable films include the satirical science fiction flick They Live (1988), the horror sequel Stepfather II: Make Room for Daddy (1989), and the comedic martial arts movie Blind Fury (1989) (Terry O'Quinn also appeared in the latter two).Foster continued to work prolifically throughout the '90s, mostly appearing in science fiction films. She also guest starred in many popular television shows such as Quantum Leap (1989), ER (1994), Star Trek: Deep Space Nine (1993), Murder, She Wrote (1984), and Sliders (1995).After appearing in a 2000 episode of Xena: Warrior Princess (1995), Foster took a decade-long break from the acting industry. She returned in 2011 with roles in indie flicks 25 Hill (2011) and Sebastian (2011), and had a villainous role as a revenge-seeking witch in Rob Zombie's '70s-esque horror movie The Lords of Salem (2012). Additionally, Foster appeared in the TV show The Originals (2013), as well as Pretty Little Liars (2010) and its short-lived spin-off Ravenswood (2013). She re-teamed with Rob Zombie in 2016 for his horror film 31 (2016), in which Foster plays a kidnapped carnival worker.Foster has a son, Christopher, with Ron Starr. At one point, she was married to actor Stephen McHattie.

Any Bullet Will Do