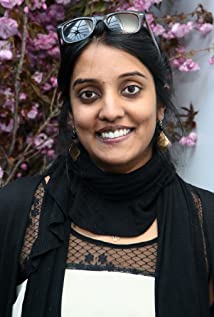 Meera Menon is an Indian-American director, writer, and editor. Her feature directorial debut, Farah Goes Bang, screened at the Tribeca Film Festival in 2013 and was awarded the inaugural Nora Ephron Prize by Tribeca and Vogue. She resides in Los Angeles.Menon cited her father as her earliest inspiration for filmmaking, using his camera to shoot films with her next-door neighbor. Since her father, Vijayan Menon, is a film producer, Menon was exposed to filmmaking from a young age. Her father is also a founder of Tara Arts, an English cultural ambassador for South India, showcasing musicals and films. Menon says while her parents encouraged her to pursue the arts, her father advised her to look at it as a hobby.Because of this way of thinking about film, Menon did not seriously consider filmmaking as a career until she attended Columbia University, and took classes that were taught by professional filmmakers. Menon she received a BA in English and Art History from Columbia, but while she was there, she began directing films and discovered a passion for the craft. She went on to receive an MFA from the USC School of Cinematic Arts.In 2009, Menon wrote and directed the short film Mark in Argentina, a story about a governor searching for his mistress in Argentina. However, it wasn't until Menon released her feature-length debut when she started to get a great deal of recognition from the media.Menon's first full-length feature film, Farah Goes Bangwas described by Jennifer Mills as one that, "explores many genres: the road movie, the sexual coming of age movie, the political film, the buddy movie." Menon co-wrote the film with Laura Goode, who also acted as a producer. Not only did Menon win the Nora Ephron Prize for Farah Goes Bang, but the film also won awards at the Los Angeles Asian Pacific Film Festival and CAAMFest.Menon also works as an editor for Larry King Now, and has done camera work and art direction for other independent projects.In 2015, Menon directed the female-driven Wall Street drama Equity. The film premiered In Competition at the 2016 Sundance Film Festival.In 2016 Menon also wrote and directed the short film The Press Conference for Refinery29's ShatterBox Anthology, a series of 12 shorts written and directed by women. The short premiered on Refinery29's website on September 23, 2016.She had also worked as a director on the TV series The Magicians for an episode in the third, and two in the fourth season.