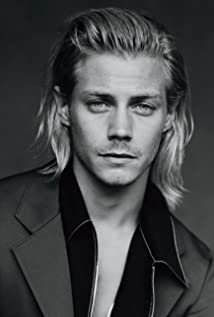 McCaul is best known for his roles in A24 / Film4's "American Honey" from Oscar winning director Andrea Arnold - which won the Jury Prize at the Cannes Film Festival in 2016; and Fox Searchlight's "Patti Cake$" which premiered at Cannes in 2017.More recently, McCaul played the lead in "Sollers Point" which was the New York Times' "Critic's Pick" and premiered in competition at the San Sebastian Film Festival in 2017. His latest release - "We The Coyotes" - in the lead role, premiered in competition at Cannes 2018.Recent reviews: "Lombardi is magnetic and hypnotic" - Metro; "wiry, hungry intensity... without overplaying it or pandering to audience sympathy" - Hollywood Reporter; "Lombardi is able to convey that complexity in a thrillingly physical and non-theatrical performance" - The Playlist; NYT Critic's Pick - "Characters like this one can be infuriating. But Mr. Lombardi imbues Keith with an ordinary likability" - New York Times.