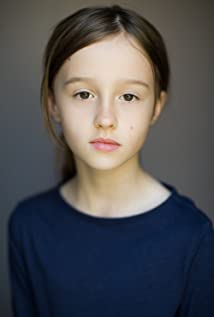 Maya Kelly was born in Ibiza, Spain in 2011, and lives in Surrey, England. Maya was only 5 years old when she was selected by Ridley Scott to play Aileen Getty (6 yrs) in "All The Money In The World" in 2017 - it was her first film audition.The experience of working on All the Money in the World, and in particular the encouragement, advice and kindness Michelle Williams gave her on set, inspired Maya to pursue drama fully. Since then, Maya has gone on to land further roles in mainstream productions, including as Keira Knightley's daughter Abi in Philippa Lowthorpe's "Misbehaviour" and two series of Shaun Pye's "There She Goes" for the British Broadcasting Corporation.Maya Kelly says that her favorite thing about being on set is making friends with the cast and crew, which she puts down to being surrounded by like-minded people in an encouraging and creative environment. Maya has an interest in Directing, thanks to the time Philippa Lowthorpe took in explaining the job to Maya whilst on the set of Misbehaviour.Maya Kelly is an animal lover and has a dog who follows her everywhere. Maya Kelly is also a talented artist and cartoonist, and an avid gamer.