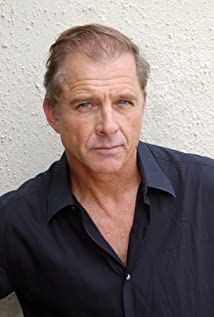 Maxwell Caulfield began his film career in a big way. He was chosen from among thousands of applicants to appear as Michael Carrington in the sequel to the most successful musical film of all time. Both he and his co-star, a fresh-faced young newcomer named Michelle Pfeiffer, were hailed as "The Next Overnight Sensations" and Grease 2 (1982) was going to make him a star. However, the film was a critical and commercial disaster, and his career was seriously affected. Despite a first-rate performance in the gritty and disturbing The Boys Next Door (1985) and a convincing turn in the award-winning TV movie The Parade (1984), Caulfield's only widely seen role in the 1980s was his inspired portrayal of bad boy Miles Colby in the soaps Dynasty (1981) and The Colbys (1985). Since then he has appeared in a number of uninspired B-movies and direct-to-video schlock. However, it was his stage work that allowed him to demonstrate his range as an actor. He won rave reviews for his roles on Broadway in such productions as "Entertaining Mr. Sloane" and "An Inspector Calls". He also headlined the off-Broadway smash "My Night With Reg". Those performances, along with his widely cherished turn as sleazy pop star Rex Manning in the film Empire Records (1995), led to his winning the prize role of Bob in Tom DiCillo's The Real Blonde (1997) opposite such luminaries as Matthew Modine, Kathleen Turner, Steve Buscemi, Daryl Hannah and Elizabeth Berkley. He is married to Juliet Mills (18 years his senior), whom he met while starring in "The Elephant Man" on Broadway in 1980.

I'm Not Ready for Christmas

Cry of the Winged Serpent

Son of the Beach