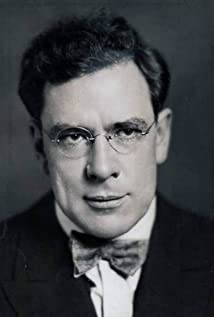 James Maxwell Anderson was born in Atlantic, Pennsylvania, on December 15, 1888 to William Lincoln Anderson and Charlotte Perrimela (Stephenson) Anderson. The second child born to the couple, Anderson spent his formative years on his maternal grandmother's farm in Atlantic before the family moved to Andover, Ohio when he was three years old. His father attended a seminary at night to study for the ministry while he supported the family as a railroad fireman.His father took up the life of a traveling minister, moving his family frequently until Anderson was in his late teens. Anderson attended schools in Ohio, Iowa, North Dakota, and Pennsylvania. The Anderson family's life was a vagabond one until they settled in Jamestown, North Dakota in 1907.After graduating from Jamestown High School, Anderson went to the University of North Dakota in 1908. He worked his way through college as a waiter and serving on the night copy desk of the newspaper "The Grand Forks Herald." He was a member of the literary society Ad Altiora at UND and helped put together the "Dacotah" Annual. He also participated in college theatrics, serving as assistant director for the Sock and Buskin Dramatic Society.Graduating with a Bachelor of Arts degree in English Literature in June 1911, Anderson married his UND classmate Margaret Haskett, a farmer's daughter, on August 1, 1911. They eventually had three sons, Quentin, Alan, and Terence.His first job after college was serving as the principal of the Minnewaukan, North Dakota high school, where he doubled as an English teacher. After making pacifist comments to his students, his contract was not renewed, and he moved to Palo Alto, California, where he enrolled in a master's program in English Lit at Stanford University. After graduating from Stanford in 1914, he spent three years as a high school English teacher in San Francisco before accepting an offer to become chairman of Whittier College's English Department in 1917. Once again he got in trouble with his pro-pacifist statements, and he was fired after his first year for speaking out publicly on behalf of a student seeking conscientious objector status during World War I.Moving back to San Francisco, he worked as a journalist on the "San Francisco Chronicle" and the "San Francisco Bulletin," then moved to New York City to take an editorial position on the liberal periodical "The New Republic." He continued his work as a newspaperman, becoming a stringer for the "New York Globe" and the New York World." He also found time to help launch the poetry magazine "Measure."Turning his interest to the theater, he wrote his first play in 1923. Written in verse, "White Desert" was a flop, lasting only 12 performances, but it attracted the attention of "New York World" critic Laurence Stallings. Stallings chose Maxwell as his collaborator on his World War One play "What Price Glory?" Opening on September 3, 1924, the play was one of the stage sensations of the decade, earning kudos and running for 430 performances. The financial rewards of helping create such a big boffo box office blockbuster enabled Anderson to retire from journalism and become a full-time dramatist.Many of his plays were written in verse, and they typically touch on social and moral problems, such as "Winterset" (1935), which addressed the Sacco & Vanzetti trials in fictional form. The play, which won the first New York Critics Circle Award, is about a gangster who visits the children of the anarchists executed for the murder he himself committed. Anderson won the 1933 Pulitzer Prize for Drama for his play "Both Your Houses," and repeated as the New York Critics Circle Award winner for "High Tor" in 1936. He wrote many historical dramas and two librettos for Kurt Weill, "Knickerbocker Holiday" (1938) and "Lost in the Stars" (1940). He was also a lyricist, his most famous creation being "September Song" from "Knickerbocker Holiday."His plays included "Elizabeth the Queen" (1930), "Mary of Scotland " (1933), "Key Largo" (1939); "Truckline Café" (1945), "Joan of Lorraine" (1946), "Anne of the Thousand Days" (1947), and "The Bad Seed" (1954). Anderson also worked on numerous screenplays, including All Quiet on the Western Front (1930), for which he received an Academy Award nomination, Washington Merry-Go-Round (1932), Rain (1932) , Death Takes a Holiday (1934), and So Red the Rose (1935).Plays of his that were turned into movies were "Mary of Scotland (1936), "Saturday's Children," which was filmed three times (once as "Maybe It's Love"), Winterset (1936), "Elizabeth the Queen", which became The Private Lives of Elizabeth and Essex (1939), The Eve of St. Mark (1944), Knickerbocker Holiday (1944). Key Largo (1948), "Joan of Lorraine," which became Joan of Arc (1948), The Bad Seed (1956), "The Devil's Hornpipe", which became Never Steal Anything Small (1959), and Anne of the Thousand Days (1969). "What Price Glory?" was made into a silent film in 1926 and was remade by John Ford in

Lost in the Stars

Anne of the Thousand Days