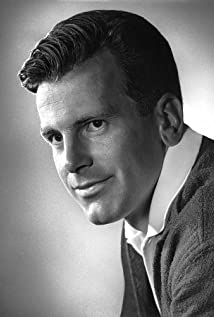 Maximilian Schell was the most successful German-speaking actor in English-language films since Emil Jannings, the winner of the first Best Actor Academy Award. Like Jannings, Schell won the Oscar, but unlike him, he was a dedicated anti-Nazi. Indeed, with the exception of Maurice Chevalier and Marcello Mastroianni, Schell was undoubtedly the most successful non-anglophone foreign actor in the history of American cinema.Schell was born in Vienna, Austria on December 8, 1930, but raised in in Zurich, Switzerland. (Austria became part of Germany after the anschluss of 1938), then was occupied by the allies from 1945 until 1955, when it again joined the family of nations.) He learned his craft on the stage beginning in 1952, and made his reputation with appearances in German-language films and television. He is a fine Shakespearian actor, and had a huge success with "Richard III" (he has also appeared in as the eponymous prince in a German-language version of "Hamlet").Schell made his Hollywood debut in 1958 in the World War II film The Young Lions (1958) quite by accident, as the producers had wanted to hire his sister Maria Schell, but lines of communication got crossed, and he was the one hired. He impressed American producers as his turn as the friend of German soldier Marlon Brando, and subsequently assayed the role of the German defense attorney in the television drama Judgment at Nuremberg (1961) on "Playhouse 90" in 1959. He was also cast in the big screen remake, for which he won the 1961 Academy Award for Best Actor, beating out co-star Spencer Tracy for the Oscar. He also won a Golden Globe and the New York Film Critics Circle Award for the role. Schell ultimately won two more Oscar nominations for acting, in 1976 for Best Actor for The Man in the Glass Booth (1975) and in 1978 as Best Supporting Actor for Julia (1977) (which also brought him the New York Film Critics Circle Award for Best Supporting Actor). He has twice been nominated for an Emmy for his TV work, and won the 1993 Golden Globe for best performance by an actor in a supporting role in a series, mini-series or made-for-TV movie for Stalin (1992).Schell has also has directed films, and his 1974 film The Pedestrian (1973) ("The Pedestrian"), which Schell wrote, produced, directed, and starred in, was nominated for the Best Foreign Language Film Oscar and won the Golden Globe in the same category. His documentary about Marlene Dietrich, Marlene (1984), was widely hailed as a masterpiece of the non-fiction genre and garnered its producers a Best Documentary Oscar nomination in 1985. In 2002, Schell released My Sister Maria (2002) (My Sister Maria), a documentary about the career of and his relationship with Maria Schell. Since the 1990s, Schell has appeared in many German language made-for-TV films, such as the 2003 film Alles Glück dieser Erde (2003) (All the Luck in the World) and in the mini-series The Return of the Dancing Master (2004), which was based on Henning Mankell's novel. He has also continued to appear on stage, appearing in dual roles in the 2000 Broadway production of the stage version of "Judgment at Nuremberg", and most recently in Robert Altman's London production of Arthur Miller's play "Resurrection Blues" in 2006. He died on 31st of January 2014, aged 83, in Innsbruck, Austria.

The Thorn Birds: The Missing Years