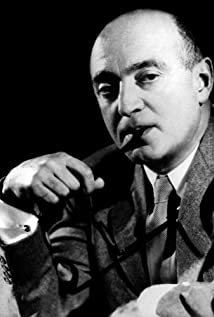 Director Max Ophüls was born Max Oppenheimer in Saarbrücken, Germany. He began his career as a stage actor and director in the golden twenties. He worked in cities such as Stuttgart, Dortmund, Wuppertal, Vienna, Frankfurt, Breslau and Berlin. In 1929 his son Marcel Ophüls was born in Frankfurt, Germany. He had begun to work under his pseudonym Max Ophüls by that time. In the early 1930s Ophüls discovered the movie world and began to work as an assistant director for Anatole Litvak. He directed his first movies (I'd Rather Have Cod Liver Oil (1931), The Company's in Love (1932)) in that time too. Around 1933 he emigrated to France and also worked in the Netherlands and Italy for a period of eight years. In 1941 he emigrated again, this time to the USA where he worked for a period of 10 years before he went back to France in 1950. Beginning in 1954 he also worked in Germany again, mainly for German radio in Baden-Baden. Max Ophüls died in March 1957 in Hamburg, Germany and is buried on the famous cemetery Père-Lachaise in Paris, France.

Letter from an Unknown Woman