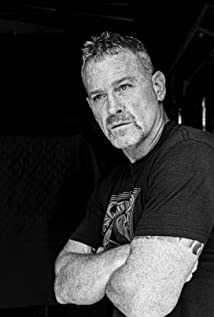 Maximilian Carlo Martini was born in Woodstock, New York, to an Italian father and an American mother. He is a citizen of the United States, Canada, and Italy. His parents were involved in the arts and instilled in him an appreciation for all things creative. After moving around a bit as a child, he made his way back to New York City and began to study acting. Starting out at the Neighborhood Playhouse he did the majority of his training with 'Michael Howard' in Manhattan. He then took a break from acting to focus on his early love of fine art, attending the School of Visual Arts in Manhattan and receiving a BFA in painting and sculpture.After completing college, Martini began to work steadily in both film and television projects. His film roles were sharing the screen with Tom Hanks and Matt Damon in Saving Private Ryan (1998) as "Cpl Fred Henderson", Ryan's commanding officer who helped "Captain Miller" (Hanks) and his men in the brutal final shootout of the film; and also had roles in some smaller independent films, working with Calista Flockhart in Pictures of Baby Jane Doe (1995), Chris Penn and Jeffrey Wright in Cement (2000) and in the 2000 Sundance Film Festival favorite, Backroads (2000). He also took on a lead role in the Steven Spielberg Emmy-nominated 20 hour mini-series Taken (2002) and has a recurring role with Kiefer Sutherland as "Agent Steve Goodrich" on Fox's Emmy-nominated 2nd season of 24 (2001). Other television work includes series regular roles on John Sacret Young's Level 9 (2000), Chris Carter's Harsh Realm (1999) and recurring roles on Breaking News (2002), and the award-winning Canadian series, Da Vinci's Inquest (1998).His other notable film roles include John Dahl's The Great Raid (2005) in which Martini co-starred with Joseph Fiennes. He was also seen opposite Jodie Foster in Robert Zemeckis' Contact (1997). One of his latest starring roles is in the Universal Studios trilogy, beginning with Fifty Shades of Grey (2015). Martini recently acted alongside Tom Hanks in the Paul Greengrass-directed, Golden Globe and Academy Award nominated film 'Captain Phillips'. In April of 2014 Martini will appear in David Ayer's 'Sabotage'. Additionally, Martini, recognized for his work in both David Mamet's feature 'Redbelt' and his CBS series 'The Unit', can be found in Luc Besson's 'Colombiana'. In 2013, he also starred in Guillermo del Toro's 'Pacific Rim' for Legendary Pictures and Warner Brothers. Martini will soon star in Pacific Rim: Uprising (2018), which is in the final stages of development.He has also co-starred in several TV movies, including Morgan Freeman's Mutiny (1999) and Francis Ford Coppola's Another Day (2001). He has made many memorable guest-star turns on popular series.Martini is active in the theatre, having co-founded "Theatre North Collaborative" in New York City, a theatre company of American and Canadian actors dedicated solely to producing new works from both sides of the border. Max has recently been filming CBS's The Unit (2006), created by David Mamet and produced by Shawn Ryan of The Shield (2002).He has also written a film, Desert Son (1999), which he co-directed with his younger brother, Christopher Martini and was costume-designed by his sister Michelle Martini. Martini, his wife Kim Restell and their two boys spend their time between their home in Los Angeles and their horse ranch out of town.