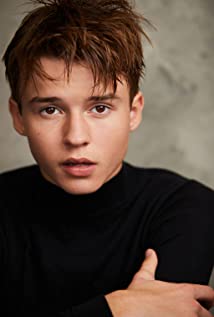 Maxwell Jenkins is a multi-talented performer who just completed filming on the highly anticipated feature "Good Joe Bell", in which he stars opposite Mark Wahlberg and Connie Britton. Maxwell will soon be seen on Season 2 of the hit Netflix/Legendary TV series Lost in Space (2018), a remake of the 1965 series of the same title, where he plays the iconic role of Will Robinson. At just 14 years old, the Chicago native is already making a huge impact in the world of TV and film.He is the son of Julie Greenberg and Jeff Jenkins, a former Ringling clown. Maxwell made his performing debut at the age of 3 as an acrobat performing handstands on his father's hands in his family's theatrical circus company called Midnight Circus. Being the natural performer he is, it only made sense to take his talents on camera, where he brings a deep sensitivity to his roles.Maxwell made his on-camera debut at age 8 as a series regular on ABC's "Betrayal". He followed this up with recurring roles on the Netflix series "SENSE8", and NBC's "Chicago Fire", respectively. Maxwell also held a guest-starring role on "NCIS: New Orleans". He recently starred opposite Gerard Butler in "A Family Man", which premiered at the Toronto Film Festival 2016. Other film credits include the feature film "Popstar: Never Stop, Never Stopping", directed by Akiva Schaffer and Jorma Taccone.Despite all of his on-camera success, each year, Maxwell - his sister Samantha, Mom, Dad, his two rescued Pit Bulls, and a dozen world-class acrobats - tour Chicago in an intimate big top playing neighborhood parks from the south side to the north side and all points in between. The show brings communities together while raising funds to rebuild local parks. In 2014, Maxwell was part of the troupe as they made history as the first and only American troupe to ever be featured in the prestigious Montreal Circus Festival.When not filming, Max can regularly be found playing Mandolin and holding down vocals with his band "Cowboy Jesus & the Sugar Bums" who were awarded a Chicago Music Award in 2015 for Best Young Talent.Maxwell is also an avid snowboarder, and soccer player. When not aboard the Jupiter 2, Maxwell attends his neighborhood Chicago public school and hopes to become either a writer or a Director of Photography.