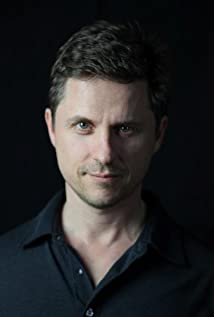 Versatile production executive with a proven background in production finance, international media deals and business affairs. Experienced with global matrixed organizations, entrepreneurial startups and charities, Max is a Media Producer for the World Bank in Washington D.C. and consultant of other private companies in Europe, CEO and founder of MaXaM Productions. He was the Chief Producer for the World Bank of the historic projection mapping event "Fiat Lux" held in Vatican City on December 8th during the official opening of the Jubilee of Mercy. The event, which consisted of projecting images and videos from the best photographers and videographers in the world on St. Peter's Basilica's facade and dome, was co-produced by Paul Allen's Vulcan Productions, Obscura Digital, Li Ka Shing Foundation and Okeanos Foundation and broadcast worldwide live by 5 satellites. "Fiat Lux" was covered by the media in all industrialized countries, translated in 20 languages and had an outreach of 4.4 billion people in 47 countries.In 2015 Max produced and directed "The Secret of Joy" a $500K project made of a short film, a book and a song to raise awareness and funds for the cause of pediatric cancer. In 2009 Mr. Bartoli co-wrote, produced and directed the sci-fI feature "Atlantis Down", starring Michael Rooker and X-Files star Dean Haglund. The film was premiered at the Chinese Mann Theater in Hollywood and at Apollo Cinema in Piccadilly Circus (London) and has been picked up for worldwide distribution by Hollywood-based Entertainment 7.Mr. Bartoli also directed, produced and edited the 8-episode TV series entitled "Atlantis Rising: The Making of Atlantis Down" which has was aired by Cox 11 in Virginia from February until December 2010.In 2008, Max was also a recipient of the prestigious Cisterna d'Argento, an award of the Italian Government to honor outstanding achievement in the arts, peace, economics, and science. Previous honorees include: Pope John Paul II, Nelson Mandela, and the former Italian Prime Minister Romano Prodi. Ignotus was viewed in a special screening in Rome by Pope Benedictus XVI, the former Italian Prime Ministers Romano Prodi and Silvio Berlusconi, among others, and from each Mr. Bartoli received personal praise for the film.In 2006 Mr. Bartoli produced and directed the short film, "Ignotus", which won 25 awards at International Film Festivals in 18 months. Among them are: Best International Short Film at the New York International Film Festival, Best Foreign Language Short at the San Fernando Valley International Film Fest in Hollywood, and two Silver Pelican Awards at the Taormina Film Festival.In 2004 for MaXaM Productions, Max wrote, produced and directed two documentaries: "Postcards From The Past" and "Time Travelers". From 2002 to 2004, he was a director/producer for the advertising company, Rotella and Partners for which he directed several videos and two documentaries one entitled "Coliseum", that won Italy's 'Media Star Award', the other: "Tunisia the Jewel of the Mediterranean Sea".Since 1998, Max has worked as a director and producer for various advertising agencies in Italy and England, directing and producing corporate and institutional videos, as well as TV commercials. In 1997 he co-wrote with Francesco Licata "Metropolis" a TV program which was broadcast nationwide in Italy by Italia 1, a Mediaset station, as part of the Benefit TV gala Trenta Ore Per la Vita.Born in Italy, and having earned a degree in Media Law, Max Bartoli has spent many years working in England and the US, where he lives. He is also the author of two books published in 1989 and 1991, which won him the title of 'Youngest European Fiction Writer' in 1989.From 1998 until 2005 Max has worked as a director and producer for various advertising agencies in Italy and England, directing and producing sports videos, corporate and institutional videos, as well as TV commercials.