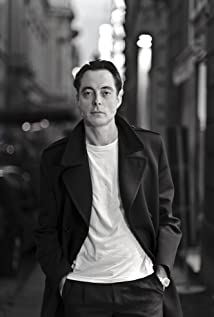 Maurizio Lombardi, born in Florence in 1973, started his training as an actor during his childhood, with Ugo Chiti. Along with Gabriella Bartolomei, he carried on a specific work on the voice, and with the actor Franco di Francescantonio, he developed his own personal study both on mimics and physicality of the body as narrative tools. Moreover, he completed his education by studying dance and singing. He never stops refining his technique, believing that interrupting the training would come to nothing, also following the American acting coach Ivana Chubbuck in her workshops in Italy and abroad. Lombardi is today a talented and multifaceted actor in movies, theater, and television; he recently appeared on HBO's series The Young Pope by the Academy Award winner Paolo Sorrentino, as the homosexual Cardinal Mario Assente. In 2016 he was runner-up for the Price Le Maschere del Teatro Italiano as best supporting actor, for the play The Pride, by Alexi Kaye Campbell, directed and interpreted by Luca Zingaretti, a role that put him into the public spotlight and definitely established his talent. He took part in the upcoming movies and TV series Il ragazzo invisibile 2 by the Academy Award winner director Gabriele Salvatores, 1993 produced by Sky, Metti una notte with Amanda Lear, Mozart in the Jungle (the doctor in the third season), and will play a part in the new movie by Ridley Scott All the money in the world. He is also a writer of plays: L'uomo Rondine, the monologues Fists of Sulfur, which competed in the 2013 edition of the Fringe Festival in Edinburg, the musical Biancaneve and Peter Pan, and his one-man show called No Party.

The Bears' Famous Invasion of Sicily