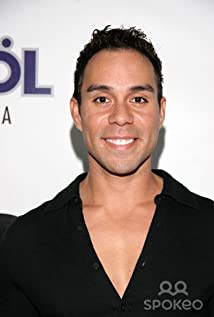 Born and raised in Merida, Venezuela a town located in the Andes mountain range, Mauricio is the son of Manuel and Rosarito Sanchez-Hernandez, local hoteliers there. He is youngest of three brothers; the eldest Marlon, runs a popular bar in Merida and middle child, Julio, is an academic going for his PhD in history in the United States. Growing up in the busy household, Mauricio delighted in entertaining family and friends with ceaseless humor and constant adolescent antics - anything to draw a crowd and yield laughter or a response from whatever audience might be at hand.Early on, he privately dreamed of becoming an actor, while his family encouraged him to enter the hotel business or any other profession that would actually enable him to make a living. Perhaps his first `big break' was his arrival in Des Moines, Iowa USA as a 17 year old exchange student. There he found another bustling family life with the Muelhaupt family who quickly embraced the young student from Venezuela as one of their own with plenty of heartland encouragement to pursue his dream.From Des Moines, Iowa to Bowling Green, Kentucky, Mauricio went; accepted into Western Kentucky University as attended by his father. There, he quickly enrolled in WKU's Performing Arts Program where he had the opportunity to study theatre, dance, music and acting. With ambitious effort, he graduated in under four years and set off for New York City where he landed his first show as a dancer in Cowboys La Cage. He remained in New York for several years, performing in a variety of productions and national tours, most notably the national and international tours for West Side Story. A segue to his work in theatre, he was cast for Center Stage in 2000 as a salsa dancer, his debut film work.Desirous of moving beyond musical theatre, Mauricio moved to Boston, Massachusetts to escape the magnetic draw of New York City theatre life to study performing for film and TV. Eighteen months later, with studies and independent film work behind him, he relocated to Los Angeles, California where he quickly enrolled in advanced acting classes and was delighted to be accepted into famed comedy school, The Groundings. Over the summer of 2005, he regularly auditioned for opportunities which led to his being cast for the comedy, Date Movie.