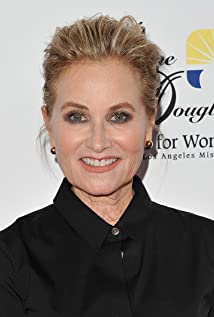 Maureen Denise McCormick was born on August 5, 1956 to Richard and Irene McCormick. The youngest of four children, she has three brothers Michael, Dennis and Kevin. Her acting career began at age six when she won the Baby Miss San Fernando Valley contest, which opened up the glamorous world of acting to the future teenie-bopper. At age seven, her first role was in a play, and within a year, was a popular choice for TV commercials and sitcoms. In addition to ads for Barbie and Kool Aid, Maureen was seen on Bewitched (1964), My Three Sons (1960) and Camp Runamuck (1965). She also did voice-over recordings for a dozen Mattel talking dolls. For five years, Maureen was one of America's top teen role-models, admired by millions. When the Brady Kids became a singing group on the side, producers noticed her special talent for singing and encouraged the recording of a number of solo tracks, some of which turned up later on the LP "Chris Knight and Maureen McCormick". Years later, she would attempt to revive her singing career, with the 1995 Country CD "When You Get A Little Lonely". Maureen has appeared in many feature films, many TV guest spots and completed three films in the last three years, Baby Huey's Great Easter Adventure (1999) and The Million Dollar Kid (2000) and Dogtown (1997). She currently pursues her career and keeps her friends and family first priority. Maureen is married to Michael Cummings and together they have a daughter, Natalie.