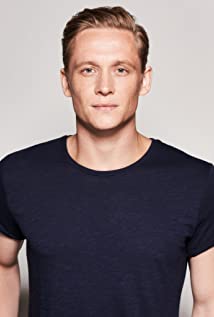 Matthias Schweighöfer is one of the most successful German actors. Born into a family of actors, he soon knew he belonged in front of a camera, too. His parents, the theatre actors Gitta Schweighöfer and Michael Schweighöfer, often took him to some of their rehearsals, so he later participated in his high school's drama group in Chemnitz, Germany. After his graduation, he went to Berlin, where he is still living. His first role in a feature film was Changing Skins (1997), directed by Andreas Dresen. In the following years, he appeared in critically acclaimed projects such as Soloalbum (2003), Off Beat (2004) or Eight Miles High (2007), which brought him several important awards. In 2011 he built up the production company PANTALEON ENTERTAIMENT, together with Dan Maag. Matthias Schweighöfer is known for his latest movies like _Der geilste Tag (2016)_, _Der Nanny (2015)_ und _Vaterfreuden (2014)_. Furthermore he produced, directed and played the leading role in the first German-language Amazon Original Series _You Are Wanted (2017)_. The first season was launched in over 200 countries and in 6 different languages. In 2017, he also launched his debut Album "Lachen Weinen Tanzen".