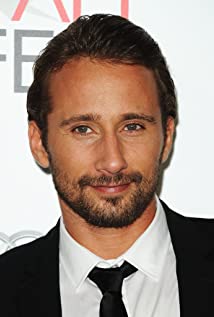 Matthias Schoenaerts was born on December 8, 1977 in Antwerp, Belgium. His mother, Dominique Wiche, was a costume designer, translator and French teacher, and his father was actor Julien Schoenaerts. He made his film debut at the age of 13, alongside his father in the Belgian film Daens (1992), which was nominated for an Academy Award for Best Foreign Language Film. Schoenaerts enrolled in film school but was expelled for poor attendance in his second year. By age 21, he was enrolled at the Academy of Dramatic Arts in Antwerp and was acting professionally in small roles on Belgian television and in Belgian film. By the time he graduated in 2003, Schoenaerts was already named one of "Europe's Shooting Stars" by the influential marketing organization, European Film Promotion.In 2002, he starred in Dorothée Van Den Berghe's directorial debut Girl (2002), which was also his first feature film since Daens. With his role in Tom Barman's Any Way the Wind Blows (2003), he proved he was Flanders' young actor to watch.In 2004, Schoenaerts produced and starred in the short film A Message from Outer Space (2004). He also appeared in Ellektra (2004) alongside his father.In 2006, he had a small role as a member of the Dutch Resistance in Paul Verhoeven's Black Book (2006), and landed his first starring role in the Belgian film Dennis van Rita (2006), playing Dennis, a mentally-challenged man learning to adjust to life after a prison sentence for a rape he may not have committed.Though Schoenaerts garnered critical praise for his role in "Love Belongs to Everyone", the film that would make him a star in his homeland came in 2008, in Erik Van Looy's Loft (2008), Schoenaerts played Filip, one of a group of married friends who share the rent on a downtown loft as a place to meet their respective mistresses. The dramatic thriller was a smash hit, becoming the top-grossing Flemish film of all time. In the same year, he also starred in the horror film Left Bank (2008).In 2009, he worked once again with director Dorothée Van Den Berghe, playing the hippie Raven in My Queen Karo (2009). In 2010, he played the lead role in Alex Stockman's techno-thriller Pulsar (2010).In 2011, Schoenaerts starred in Michaël R. Roskam's Bullhead (2011), playing Jacky Vanmarsenille, a cattle farmer who becomes entangled with the underworld of bovine hormones and steroids. Impressed by the script, Schoenaerts committed to star in the film in 2005, and over the five years that it took first-time director Roskam to secure financing, the actor transformed his naturally thin body into that of a steroid abusing brute. His powerful performance in the tragic role won awards at numerous film festivals and propelled "Bullhead" to an Academy Award nomination for Best Foreign Language Film in 2012.In 2012, Schoenaerts got the lead role opposite Marion Cotillard in Jacques Audiard's Rust and Bone (2012), in the film he played Ali, an ex-boxer who falls in love with Cotillard's character. Like Audiard's previous films, "Rust and Bone" received a breathless reception at the Cannes Film Festival with a ten-minute standing ovation at the end of its screening and was a critical and box office hit in France. Schoenaerts' performance in the film earned him a César Award for Most Promising Actor in 2013.Schoenaerts also starred in the Belgian short film Death of a Shadow (2012), which was nominated for an Academy Award for Best Live Action Short Film in 2013 and won the European Film Award for Best European Short.In 2013, he starred in Blood Ties (2013), after being recommended for the film by his co-star in "Rust and Bone", Marion Cotillard. Following his breakthrough in "Rust and Bone", Matthias started a career in Hollywood and landed roles in American and British productions like Saul Dibb's Suite Française (2014), Alan Rickman's A Little Chaos (2014), Michaël R. Roskam's The Drop (2014) and Thomas Vinterberg's Far from the Madding Crowd (2015).In 2015, Schoenaerts returned to French cinema in Alice Winocour's Disorder (2015), in which he plays an ex-soldier with PTSD. He also played one of the leads of Luca Guadagnino's A Bigger Splash (2015), opposite Tilda Swinton and Ralph Fiennes, and played the art-dealer Hans Axgil in Tom Hooper's The Danish Girl (2015).He will reteam with Michaël R. Roskam in Racer and the Jailbird (2017) and also with Thomas Vinterberg in The Command (2018), in which Schoenaerts will play the Captain of a Russian submarine.

Far from the Madding Crowd