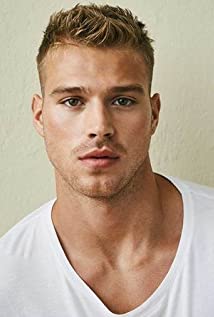 Matthew Noszka is an actor on the rise. Born and raised in Pittsburgh, Pennsylvania Noszka was discovered on Instagram by a top New York model manager in the Summer of 2014. At this time, Noszka was a junior in college on full scholarship playing basketball for his school's team. Within days, he was booked for a Nike modeling campaign. Matthew made the leap to New York to pursue a modeling career and never looked back.Noszka's catapult into fame was accelerated by a debut appearance on "Ellen." He was quickly named one of the most sought-after models and caught the eye of many prominent creators in the fashion industry. Noszka has worked with iconic photographers like Mert Alas and Marcus Piggott and was photographed alongside Rihanna for the Harper's Bazaar 150th anniversary cover. In addition to these milestones, Noszka has faced campaigns alongside Bella and Gigi Hadid and worked with brands such as GQ, Esquire, Calvin Klein, Hugo Boss, Ralph Lauren, DSquared2, Nike, H&M, Adidas, Vogue Hommes, CR Fashion Book, Express and more.Noszka made his acting debut in 2017 when he landed the lead role in "Tales," a drama series on BET created by Irv Gotti.He was last seen on the small screen starring opposite Queen Latifah and Quincy Brown in the Lee Daniels' FOX TV series "Star."Noszka can soon be seen in Netflix's upcoming Christmas romantic comedy "Let it Snow." The film is based on John Green's "Let it Snow: Three Holiday Romances" book series. Noszka stars alongside Joan Cusack, Kiernan Shipka and Isabela Merced in the film.