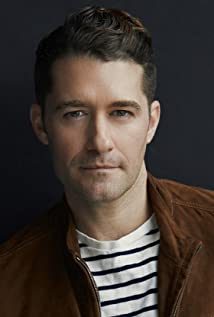 It took a summer of acting in a children's theater group to convince Matthew Morrison that he wanted to become an actor. He auditioned and attended Orange County High School of the Arts, and followed that with NYU's Tisch School of the Arts, although he didn't enjoy his college foray. Despite a regulation that students couldn't audition in the first two years at NYU, he got himself an agent and dropped out from NYU. His musical debut was in the musical version of Footloose (1984), which was then followed by "The Rocky Horror Picture Show." His big break, however, was in "Hairspray" when he landed the part of "Link Larkin." It was after this role that he made a debut into the television and film world, with small roles in Sex and the City (1998), Hack (2002), Encino Man (1992), and others. His self-proclaimed favorite role he did in television was in The Wonderful World of Disney: Once Upon a Mattress (2005), a musical for TV that starred Carol Burnett. He was nominated for a Tony for his role in "The Light in the Piazza" and eventually left the show in late 2005. He dabbled some more in roles among the television, film, and theater world. After starring in the Lincoln Center production of "South Pacific" as "Lieutenant Cable" in 2008, he took on the role of "Will Schuester" in the upcoming Fox series Glee (2009), which premiers in fall 2009.

Beyoncé: Life Is But a Dream