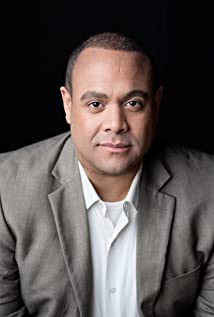 Canadian actor Matthew Kabwe is known across the country for his powerful Shakespearian performances, as well as for his diverse roles in film, television, video games and commercials.Matthew Kabwe was born in Pointe-Claire, Quebec, a suburb of Montreal, son of Maureen Scott, a retired minister with the United Church of Canada, and Wilbroad Kabwe (deceased), an accountant. He is of Irish, Scottish and Bemba (Zambian) descent. Matthew was raised by his mother Maureen, his grandmother Audrey Scott (Shilliday, deceased) and his older brother Robert, a web designer, video game designer and animator (www.poplogik.com, www.protopop.com). Matthew also has seven younger half-siblings: Chilufya, Pamela (deceased), Dora, Chisela, Wilbroad, Mulenga and Chikonkolo.In 2003, Matthew Kabwe graduated from the Professional Theatre Program at Dawson College in Montreal. In 2009, Matthew became a member of The Soulpepper Academy with the Soulpepper Theatre Company in Toronto, Ontario.Matthew Kabwe was not always drawn to the arts. He spent his teens and early twenties drifting in and out of school, trying his hand at different jobs, and served four years in the Canadian Army (his grandfather Donald Scott, deceased, was a Wing Commander in the RCAF) before returning to Dawson College in 1998. Fatefully, the very next day after a friend demanded that he try his hand at acting, Matthew stumbled upon auditions for the Dawson Theatre Collective's production of Anne-Marie MacDonald's "Goodnight Desdemona (Good Morning Juliet)". Matthew was cast as Othello and hasn't look back since.

Too Young to Marry