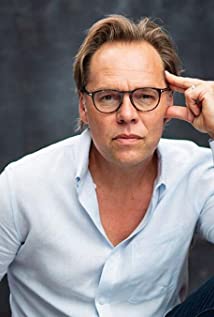 Actor, audition coach, on-set acting coach, and teacher, as well as a guest teacher and lecturer around the world, Matthew has a wide roster of clients.Working at acting schools and studios since 1996, Matthew has developed a distinct and comprehensive technique and a professional philosophy that has evolved into what is now known as the Actor's Foundry. Matthew's emphasis on self-knowledge as the springboard to ego-less acting and its conduit to clear story telling has earned him a loyal roster of working actors. His emphasis on collaboration over conflict and community over competitiveness has built a foundation for those actors in the all-encompassing professional facility known as the Actor's Foundry.Matthew's thoughts and opinions are found in his essays which have evolved from his pre-class talks, dubbed "sermons" by his students. The essays have achieved fame and life across the web.Born in Montreal, Matthew began a career in politics, but switched to the arts as a writing assistant to the award-winning American playwright Frederick Douglas Ward. Matthew's arts education continued at New York's prestigious Neighborhood Playhouse Theater School from 1991 to 1995. After the two year intensive training, Matthew was hired by the National Theater of the Performing Arts and toured the United States twice. Two years of working with regional theaters landed him in Seattle playing Hamlet at the Washington Shakespeare Festival. He has continued working extensively as an actor in theatre on stages across North America.Film and television features include Thirteen Ghosts, Romeo Must Die, The House Next Door, The Watchmen, Downloading Nancy, Destination Infestation, The Last Trimester, Vivid Dreams, Tornado Warning, Judicial Indiscretion opposite Anne Archer. His numerous television guest spots include recent television appearances on Reaper, Smallville, Supernatural, Tru Calling, Stargate, Stargate: Atlantis, The 4400, Reunion and a recurring character on the Canadian series Godiva's. Matthew's comedic and improv skills served him well as the Neanderthal Man in Night At The Museum and Night At The Museum 2: Battle For The Smithsonian with Ben Stiller and Robin Williams.Promoting what he calls "Professional Creativity", Matthew is often involved in his clients self-created projects as director, producer, sponsor, and coach. In this capacity, he has directed several made for the Web episodics, short films, plays, stage presentations, and scene nights.He has directed many successful theatre productions in New York, Los Angeles, and Vancouver.