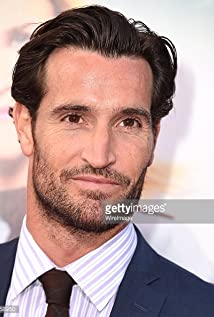 Matthew Del Negro stars opposite Billy Bob Thornton on season 2 of Amazon's Goliath, and will next star opposite Gad Elmaleh in Netflix's comedy series Huge in France, due in early 2019. In 2017, Matt was in theaters in Taylor Sheridan's Wind River, starring Elizabeth Olsen, Jeremy Renner, and Jon Bernthal, which won Best Director at the Cannes Film Festival. On the silver screen Del Negro recurred as 'Michael Ambruso' on the ABC series Scandal for three seasons. He portrayed 'Mayor Gavin Newsom' in the ABC miniseries When We Rise, about the gay rights movement in the US, and played 'Detective Hauser' in the Warner Bros. feature Hot Pursuit, starring Reese Witherspoon and Sofia Vergara. The most notable of his many recurring roles include HBO's The Sopranos, NBC's The West Wing, Showtime's United States of Tara and MTV's Teen Wolf. Matthew's film credits include Celeste and Jesse Forever, starring Rashida Jones and Andy Samberg, Alex of Venice, starring Mary Elizabeth Winstead and Derek Luke, Ira and Abby, Room 314, and Limerence, on which he also served as a Executive Producer.Matt's Hollywood success has been well earned and slow-burning, as he began his career in small theater productions in New York before landing a pivotal recurring role on Season 4 of HBO's groundbreaking series The Sopranos (1999) opposite James Gandolfini and Edie Falco. Other theater credits include A.C.T.'s sold-out run of David Mamet's "Speed the Plow" in the role of Bobby Gould, directed by Loretta Greco.Having made his own short film, Christmas Break, in 2007, Matt stepped behind the camera again as creative consultant to help fellow actor Chris Messina with his directorial debut, Alex of Venice (2014). He has had similarly prominent roles in an assortment of festival and independent films such as the gritty The Sublime and Beautiful (2014), Celeste & Jesse Forever (2012) starring Andy Samberg and Rashida Jones, Ira & Abby (2006) for Magnolia Pictures, and the Ethan Hawke directed Chelsea Walls (2001).In 2017, after describing his career as "being told 'No' for a living" when speaking to near-graduates of MFA Theater Programs in Los Angeles, Matthew created and launched his podcast, 10,000 "No"s, which can be listened to on the Apple Podcasts App, Spotify and at 10000nos.com. On it, Matthew gets up close and personal with top-shelf folks from all walks of life about the 10,000 "No"s they've had to endure and the struggles they've had to overcome on their journey to where they are today. The interviews are inspiring, raw, honest, and funny, with the intention of helping listeners realize that the people they think have "got it made" put their pants on one leg at a time, just like them . Matthew grew up in Westchester County, New York and graduated from Boston College, where he played Division I Lacrosse and consistently made the Dean's List.He lives with his wife and two children in Los Angeles.

The Sublime and Beautiful