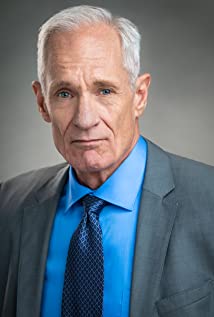 Matt Riedy's recent appearances include the films Book Club and Charlie Says. Moving to Atlanta after 14 years in L.A., in March 2020, he began filming a recurring part on Imagine TV's Swagger. Other recent shows include Shameless, This Is Us, Hawaii Five-O and The Last Tycoon with Kelsey Crammer. He is the narrator of IDHD channels popular show Murder Among Friends. He has done skits on Jimmy Kimmel Live! 18 times, 11 times on Conan and 7 with Spike Feresten. Not bad for the busy actor who started his on camera career after many years as a successful stand-up comedian and disc jockey. Born in Buffalo, New York, he graduated from West Seneca East High School, where he kept a low profile until a successful senior English class presentation on the sport of golf convinced him that he could perform in front of people. As luck would have it, a family friend complemented him on the quality of his voice, which led him to the radio club at Erie Community College. After just six weeks, he was a disc jockey, a job he held for ten years in Buffalo, Miami, San Francisco and Seattle. He took up stand-up comedy on the side in 1983, he left radio and hit the road full time from 1986-1997 when he got back into radio til 2005. All told, he did stand-up for 23 years, while working in radio. Riedy always considered acting "an impenetrable bubble," but in 1998, while working in Seattle, he won a small part opposite actress Margaret Colin in the television movie, Hit and Run. He soon landed a starring role as Plastic Man in the independent film Carried Away, which played in the Seattle International Film Festival. He scored several national commercials and a starring role in another independent film, Lover's Lane. While doing a guest appearance on the TV show The Fugitive, he was advised by director James Frawley to move to LA, where he could blossom as a character actor. Frawley was right and Riedy has been a busy working actor ever since. He moved to L. A. With 7 credits on imdb...at publication he has 117.