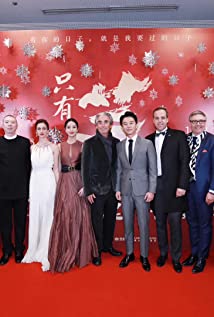 Matt Noonan is a multi-awarded New Zealand-born Producer & Founder of Curious Film. Matt's work has been recognised globally through films like Hunt for The Wilderpeople (2016) and Only Cloud Knows (2019), and Curious productions have been featured and awarded at major festivals including Sundance, Cannes and SXSW. Matt got his break as a 17 year old assistant editor on Sir Peter Jackson's first film 'Bad Taste'. Several determined decades later, Matt has a catalogue of award-winning work and a reputation for producing critically successful independent films that have been seen by audiences around the world. Taika Waititi's Hunt For The Wilderpeople premiered at Sundance and broke box office records in NZ. Beijing master filmmaker Feng, Xiaogang's Only Cloud Knows (2019) is the most ambitious Chinese production shot in New Zealand to date. Turbo Kid (2015) was the winner of the Midnighters Audience Award at SXSW 2015 and featured on the Official Selection list for SXSW 2015 and Sundance Film Festival 2015. Fantail (2013) premiered at Rotterdam Film Festival 2014 and received critical acclaim internationally. In 2012, Night Shift, premiered at Cannes Court Métrage and went on to New York and Sundance official selection. The short film Blue won the Grand Prix at Cannes Critics Week 2011 and was nominated for the Cannes Discovery Award, as well as the Best Short Film at Brussels International Independent Film Festival 2011. Stephen Kang's feature debut Desert (2010) premiered at Busan. Matt is unusual in having worked in every department, including Direction, and his inquisitive and resourceful approach to film-making and receptiveness to new ideas have always attracted people who want to stretch themselves creatively. At Curious, Matt has been able to take-on, support and develop some formidable film-making talents. In 2010 Matt established a boutique distribution division of Curious to find distinctive cinema around the world that would benefit from more personal and creative marketing. Curious' theatrical releases include Oscar nominated Winter's Bone, Jiro Dreams of Sushi, and Oscar winner Ida. Recent acquisitions include Cannes 2018 Un Certain Regard winner Border, Sundance hit The Fits, and the Oscar nominated and Berlin Film Festival 2016 Golden Bear winner Fire At Sea. Matt is a member of the Producers Guild of America, The New Zealand Institute of Company Directors, the Screen Producers Association of Australia and Screen Production and Development Association of New Zealand.

Hunt for the Wilderpeople