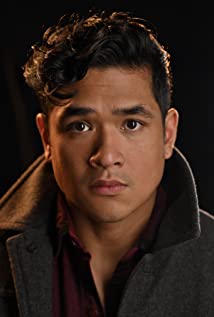 Matt Mercurio is a theatrically trained stage and film actor. He played 'Asher' in the film Hell Fest (2018) from CBS Films, Valhalla Entertainment, and Lionsgate. Matt's recent TV credits include recurring roles on shows such as "Black Lightning" (CW), "The Resident" (FOX), "Life Sentence" (CW),"Sleepy Hollow" (FOX) and the Sony Playstation Network show "Powers". His regional theatre credits include Tony Award-winning theatres such as the Williamstown Theatre Festival and the Alliance Theatre, as well as the Kennedy Center for Performing Arts in Washington, DC. Matt is a national finalist of the Irene Ryan Acting Scholarship and recipient of the American College Theatre Festival's Marvin Sims Diversity Award in Acting.A first-generation American and the son of two military parents, Matt spent most of his formative years in Jacksonville, (Duval County) Florida. Coming from a hard working immigrant family, meant a strong emphasis was placed on Matt's education and an unrelenting insistence of a more traditional career path. Having spent a portion of his childhood aspiring to be a professional wrestler, and the rest of it dreaming to be an actor, Matt always possessed an inherent theatricality and the playful spirit required to chase his inevitable artistic ambitions. In middle school, his class-clown antics and knack for mischief made sure Matt was a consistent visitor of the school's administrative offices where faculty surmised his energies best be put to use in drama classes. From there he began excelling in acting and theatre, which became the passions that would consume his pursuits and paint his dreams.Matt studied acting at Florida State College's Theatre Performance program on a full-time performance talent scholarship and at the BFA Acting program at the University of Florida's School of Theatre and Dance, where Matt was a proud member of the hip-hop theatre troupe, Signs of Life, as a performer, writer, director, and producer.

The Fundamentals of Caring