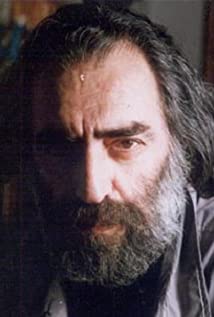 Massoud Kimiaei was born in Tehran in 1941. He became well known when in 1969 he directed his second film, Gheisar (1969), which was considered a turning point in the Iranian cinema; he depicted the ethics and morals of the romanticized poor working class of the Croesus' Treasure (1965) genre through his main protagonist, the titular Gheisar (1969). But Kimiaei's film generated another genre in Iranian popular cinema: the tragic action drama.Without any academic training in cinema or theater, and with only a few years of experience as assistant director, Kimiai became a historical figure in the Iranian cinema. He learned film making from the movies, and of his early days of contact with the cinema. He recalls how he used to spend hours outside the movie theaters of Tehran, listening to the sound track of the films blaring from the defective loudspeakers fixed outside the cinema, and trying to visualize the action with the help of oral synopsis furnished by friends who had seen the movie.His other lively memory from his childhood is the scene of battle between Rostam and Ashkbous (heroes of Ferdowsi's Book of Kings) painted on the back of the cart in which his father carried flour for bakeries. When the cart was in motion, the combatants seemed animated to the young Massoud who habitually walked behind the cart and tried to guess the end of the battle.Kimiai had difficult childhood. He was restless and often got into fights, which, at times, ended in the police station.Then came the period when Kimiai directed his energies to books. He read voraciously, especially books on cinema. That was followed by frequent visits to film studios in search of a job, until he met film director Samuel Khachikian, from whom he learned the first lessons in the techniques of film making, and began his film career in 1965 as Khachikian's assistant. But he was too young to be allowed independent work, and for some time, he had to be content with preparing publicity materials for American films.When he first proposed a screenplay from which to make a film, the head of studio wouldn't believe Kimiai could make a film until the ambitious young man made a one-minute scene from his screenplay and that convinced the studio bosses that he could make professionally acceptable films.