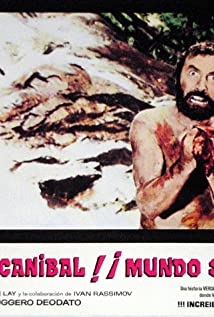 Massimo Foschi started his career by reading and writing poetry. Enrolling at the Academy of Dramatic Arts in Rome, following a semester at Ravenna, Fochi had an ambition to work on stage and on screen. He started his career in dubbing foreign language movies in Italian for local audiences. Fochi's movie debut was a small role in The Bible (1966), followed by small roles in three other films. He was noticed by other directors and they cast Fochi in various supporting roles. He is best known for a rare lead role in Jungle Holocaust (1977) (Last Cannibal World). Fochi then returned to working on stage with occasional forays into movies, one of them being The Chosen (1977). His son Marco Foschi also acts and hopes to follow in his father's footsteps and makes appearances from time to time on Italian television and movies.

The Tiger Is Still Alive: Sandokan to the Rescue