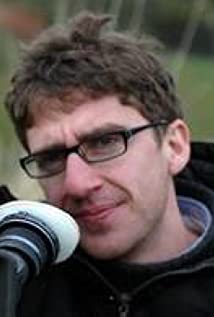 Born in Rome, he graduated in Economics before deciding to concentrate on his greatest passion: film making. He started working as an assistant to several Italian directors like Carlo Verdone, Silvio Soldini and Stefano Sollima. His experience as a screenwriter includes short films and various tv series. In 2006 he wrote and directed Armando (2006), his second short film as a writer and director, which won awards worldwide and was nominated at the prestigious David di Donatello Award in 2007. In 2008 he directed Fleeting Love (2008). In 2009 Gabriele Salvatores selected Massimiliano to direct L'ape e il vento (2009) inside the project Perfiducia. The sorts received a big number of awards and nominations. It got two special mentions at the Nastri d'Argento and it was awarded the Italian foreign press Golden Globe in 2010 and the best promising rising director in Venice Circuito Off. In 2012 Camaiti moved to live in France. He has been chosen as artist in residence at the Italian Centre of Culture of Paris. During his stay he wrote and directed his last short: Mathieu (2014).

Caught by a Wave