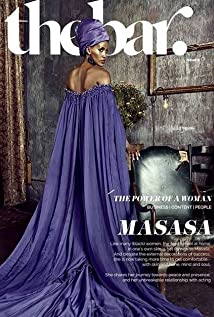 Masasa Mbangeni is a South African actor born and bred in Port Elizabeth. She holds a BA in Dramatic Arts( Directing &Performance Studies) from the University of the Witwatersrand .Masasa is known for her work as " Thembeka " on etv flagship soapie ,'Scandal' for which she won the Best Actress Award at the 2015 SAFTA and Royalty Soapie Awards. A former Mandela Rhodes Scholar , Masasa has a special interest in promoting the transformative power of the arts .

I Am All Girls