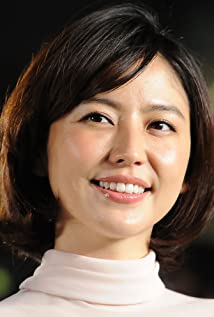 She was born in Iwata, Shizuoka Prefecture, Japan on June 3, 1987. Her father Nagasawa Kazuaki was a professional football player and on Japan's national team who later became a coach for Jubilo Iwata. She won the Toho Cinderella contest in 1999 and joined the entertainment business in 2000 with the film Crossfire. At twelve she was the youngest winner of the contest ever. She attended the celebrity mill Horikoshi High School of Tokyo. As with most Japanese celebrities the shorthaired Nagasawa has acted in a mixture of feature-length films and television serial, done adult gravure modelling and released the obligatory single, in this case Sailor Suit And Machine Gun in which she also acted in 2006. She had also immediately jumped into the product promotion game and promoted hot sauce among other products. She won the Best Supporting Actress Prize (again the youngest ever) at the 28th Japanese Academy Awards for Crying Out Love, In the Centre Of The World in 2005. Her role in the 2011 film Moteki heralded her arrival as an adult. She was connected to Arashi's Ninomiya Kazunari for several years. She was next romantically linked with Iseya Yusuke. They had met on the set of Onna Nobunaga in 2012. She went through an inexplicable slump around 2013, but made a comeback as a voice actress in the role of the sexy Miki in the pan-Asian hit Kimi No Na Wa. She became a spokeswoman for Taiwan Tourism in Japan for 2017 and 2018. Masami collects stickers.

The Confidence Man: The Movie