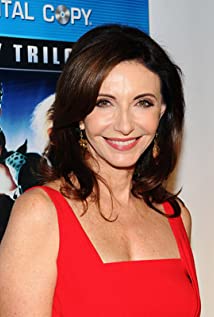 Mary Steenburgen is an Academy Award-winning American actress.She was born February 8, 1953, in Newport, Arkansas, USA. Her mother, Nellie May (Wall) Steenburgen, was a school-board secretary, and her father, Maurice H. Steenburgen, was a freight-train conductor. Her surname comes from distant Dutch ancestry, and her roots also include English, Scottish, and Welsh.Young Steenburgen was fond of arts and literature. Mary grew up tap-dancing her way through talent shows and school functions. She was active in her school drama class. After appearing in a number of high school plays, she enrolled at Hendrix College, a highly progressive Southern School located in Conway, Arkansas. Upon the recommendation of her drama professor, she left college in 1972 and moved to New York to study acting professionally. In the past several years, Mary Steenburgen has emerged as one of the most accomplished and sought-after screen actresses. Ever since Jack Nicholson 'discovered' her and cast her as a sassy adventuress in his rollicking western, Goin' South (1978), her career has skyrocketed and she has won acclaim for exceptional performances in each of her diverse film roles. In Nicholas Meyer's Time After Time (1979), Steenburgen was afforded critical praise for her portrayal of a somewhat dippy but liberated young bank clerk in San Francisco who crosses paths, via time machine, with English author H.G. Wells (played by Malcolm McDowell, who later became her husband. In 1980 she shot to fame with her role as Lynda Dummar in Melvin and Howard (1980) for which she won Oscar for Best Actress in a Supporting Role. More recently, Steenburgen again impressed audiences and critics alike with her stunning performance as the strong-willed turn-of-the-century Mother in Ragtime (1981).Steenburgen is a notable patron of arts. She is also an active supporter of humanitarian causes. She has two children from her previous marriage to actor Malcolm McDowell. Since 1995 she has been married to actor Ted Danson, and the couple is living in Los Angeles area.