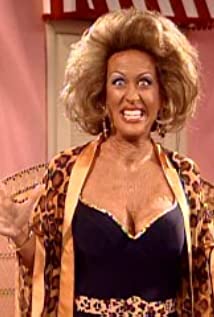 Actor, Writer, and Voiceover Artist, Mary Scheer is an alumni of the Groundlings Theater Main Company where she performed for 6 years with Will Ferrell, Wendy MCclendon-Covey, Jennifer Coolidge, Phil Lamarr, Tim Bagley, Michael Hitchcock and many more. 2019 credits include Twin Mirror (Video Game) from DontNodProductions . Guest Star roles include Life in Pieces, 2 Broke Girls. Series regular, Mrs. Benson, on iCarly and one of the original cast members of MADtv. Hundreds of series regular voiceover jobs including Penguins of Madagascar, (Alice the Zookeeper) and Hey, Arnold! (Suzie Kokoshka) Family Guy and King of the Hill. Worked with Martin Short on 6 episodes of Prime Time Glick and was a writer and performer on The Martin Short Show.

The Penguins of Madagascar - Operation: Get Ducky