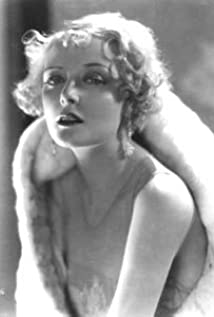 Blonde and utterly beautiful, Mary Nolan had the requisite figure and prettiness to rise up fast in the Hollywood ranks. Her downfall, however, would be just as fast and not at all pretty.She was born Mary Imogene Robertson in 1905 and began her show-business career as a teenage model. Showman Florenz Ziegfeld Jr. took a gander at her--and her gorgeous gams--and signed up the young beauty for his "Follies" shows. A Jazz-Age baby and party girl by nature, Mary (who was using the moniker Imogene Wilson) had already earned the somewhat dubious nickname of "Bubbles" while working in New York, but she made the fatal career mistake of involving herself with a married Ziegfeld comedian and stirring up a major sex scandal. Frank Tinney was a top headliner married to musical comedy star Edna Davenport at the time. Mary's relationship with Tinney became quite abusive and the tabloids exposed the affair after Mary was seriously hospitalized during one of their many arguments. As a third-party husband-stealer, Mary received no comfort at all despite her injuries, and was summarily fired by Ziegfeld.Forced to flee to Germany to avoid the negative attention, Mary starred in a few films there under the new moniker Imogene Robertson. She weathered the storm for almost two years in Europe before returning unobtrusively to Hollywood films in 1927 under another new stage name--Mary Nolan.She proved a capable if not exceptional leading lady, pacing herself well in such films as West of Zanzibar (1928) with Lon Chaney, Desert Nights (1929)--one of John Gilbert's last vehicles--and Outside the Law (1930), a gangster flick opposite Edward G. Robinson. She even appeared top-billed in a few minor efforts, including Shanghai Lady (1929) and Young Desire (1930), but Docks of San Francisco (1932) would prove to be her last film appearance.Troubled over her sudden and inexplicable reversal of fortune, she unfortunately let her self-destructive tendencies kick in again. Broke and despondent, she suffered several nervous breakdowns and her health declined due to acute malnutrition and a variety of physical ailments. She turned to heroin, and it spelled the end.Little was heard from her until 1948, when she died of cardiac arrest and liver problems. She was only 42 years old. Mary became just one more Hollywood tragedy -- an incredible beauty whose life turned absolutely beastly.